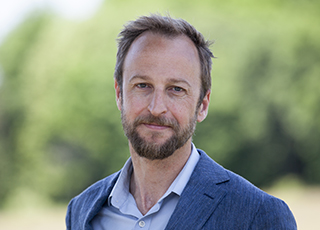 Andrew Schlatter is vice president for facilities management and planning. Prior to Bennington, Schlatter worked as an associate and project architect at KieranTimberlake in Philadelphia, where he was able to bring his background in both architecture and landscape architecture to bear on designs that explored the intersection of these disciplines. In the eight years with KieranTimberlake, Schlatter played a key role across a wide array of the firm’s projects, including the new United States Embassy in London, England; the Cellophane House for the Home Delivery show at The Museum of Modern Art, New York; and the Keeling Apartments at the University of California, San Diego.

From 2010 to 2016, Schlatter also served as a lecturer in the School of Design at the University of Pennsylvania, where he taught design studios and lecture courses in architecture and landscape architecture at both the graduate and undergraduate levels. Most recently, his teaching in the MLA program of the Department of Landscape Architecture and Regional Planning focused on the integration of site engineering, construction, and detailing. While in Philadelphia, he also served frequently as guest critic for architectural and landscape design studios at Penn, Temple University, and Drexel University.

Before earning his M.Arch and MLA from the University of Pennsylvania, Schlatter spent several years working professionally as a carpenter and builder in Seattle, as well as an instructor in design/build for students of all levels at Yestermorrow Design/Build School in Warren, Vermont. He also holds a BA in English Literature and Creative Writing from Dartmouth College.