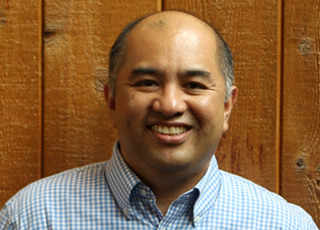 Tony Cabasco joined Bennington in June 2018 as Vice President for Enrollment. Prior to Bennington, Cabasco worked in college admissions for 24 years at Whitman College, serving as an admission officer, assistant director of admission, and associate director of admission before being named the Director of Admission in 2000 after a national search. He was appointed as Dean of Admission & Financial Aid in 2004. During Cabasco’s tenure, Whitman saw a record number of applications and the highest enrollments of students of color and international students. Cabasco has served on the executive board of the Pacific Northwest Association for College Admission Counseling, as a faculty member in the College Board’s Admission Summer Institute, and has presented in college admissions at professional conferences and secondary schools throughout the U.S.

Cabasco was born in Vinh Long, Vietnam, and lived in the Philippines and Nigeria before immigrating to the U.S. He earned a B.A. from Whitman College in Physics and an M.A. in International Studies from the University of Washington with an emphasis on Chinese Studies. After his undergraduate years, Cabasco also lived and taught English in China. Tony is married to Megan Blair-Cabasco, and they have three children.