"The profile of women who go into substance abuse treatment [is] almost identical to the profile of women who go into prison on drug conviction, including the fact that many of the women who are in drug treatment facilities admit to having done something illegal during the course of their addiction, so these populations are almost identical, so why are some women in treatment, and some women in prison?" – Vivian Nixon, College and Community Fellowship

Marie Gottschalk is professor of political science at the University of Pennsylvania, focusing on criminal justice, health policy, race, the development of the welfare state, and business-labor relations. A former editor and journalist, she was a member of the National Academy of Sciences Committee on the Causes and Consequences of High Rates of Incarceration. Her latest book is Caught: The Prison State and the Lockdown of American Politics (Princeton University Press, 2015).

"At the current rate of growth, it is projected that by 2030 there will be more than 400,000 older people behind bars, a 4,400 percent increase from 1981 when only 8,853 of the country’s incarcerated people were elderly.” – Mujahid Farid, lead organizer for Release Aging People in Prison (RAPP) during a fact-finding session in January held by the United Nations Working Group of Experts on People of African Descent

Paul Adler is site medical director for California Forensic Medical Group—Ventura, California. Dr. Adler oversees medical care for four county jails in Ventura, a county of one million people. His prior positions include medical director of the Westchester County Jail in New York and medical director for Rockland County, New York, overseeing jails, a county hospital, a nursing home, and a dementia facility, as well as running the health department for three years. Earlier in his career he was a pioneer in emergency medicine, where he helped run emergency medicine departments and residency programs at medical schools in Pennsylvania, California, and New York.

Kathleen Culhane is a member of the 2015 JustLeadershipUSA Leading with Conviction cohort. After her release from California state prisons four years ago, she worked extensively in community health with homeless and formerly incarcerated women. She has worked in policy research at the Vera Institute and Harvard University, and just earned her master’s degree in Public Policy at Brandeis University.

Mujahid Farid is the lead organizer for the Release Aging People in Prison (RAPP) Campaign. Mr. Farid was released in 2011 after spending 33 years in New York State prisons. While confined, he earned four college degrees, including two on the graduate level. In 1987, Mr. Farid was part of a trio that created and proposed the first HIV/AIDS peer education program in New York State prisons (PEPA), which later developed into the widely acclaimed state-wide program called PACE (Prisoners AIDS Counseling & Education). He also participated in the creation of college certificate courses sponsored by New York Theological Seminary, and he has taught introduction to sociology courses for people confined and trainings for Alcohol & Substance Abuse (ASAT) counseling certification. Mr. Farid has initiated two programs designed to have a substantial impact on dismantling mass incarceration: The RAPP Campaign and the Rise & Shine Small Business Social Entrepreneurship Coalition. Since his release, Mr. Farid has received a 2013 SOROS Justice Fellowship, a commendation by the Joint New York State Legislature, and a 2013 Citizens Against Recidivism, Inc. Award.

Samuel Hamilton is a resident of The Fortune Society’s Harlem reentry housing residence, “The Castle”. Mr. Hamilton was incarcerated for 32 years, from 21 to 53 years old upon release. Throughout his incarceration, Mr. Hamilton was actively involved in projects related to improving the social, educational, and health services for incarcerated men, and he has continued his advocacy efforts post-release. During his time at Sing Sing, Mr. Hamilton worked as a caregiver in the family center. He then moved to Fishkill Correctional Facility. Upon learning that there was no family center at Fishkill, he developed a proposal to establish one. His proposal was approved, and he trained staff to work in the center. Mr. Hamilton also worked as the Academic Assistant to the GED educational supervisor and helped create a public speaking training for the GED students. Samuel Hamilton was also employed as the Sr. Academic Assistant for the Nyack College Hudson Link program, where he worked as an adjunct instructor for the human services program, and taught writing classes. Mr. Hamilton worked toward ensuring the safety of incarcerated individuals by participating in initiatives for the Prison Rape Elimination Act (PREA), serving on the Inmate Liaison Committee (ILC), and developing the PEACE Initiative which worked to stop violence in prisons. Samuel Hamilton currently works with Housing Works’ Health Home Care Management Program as a care navigator.

Glenn E. Martin is the founder and president of JustLeadershipUSA, an organization that aims to cut the U.S. correctional population in half by 2030 by elevating and amplifying the voice of people most impacted by crime and incarceration, and positioning them as informed, empowered reform partners. Mr. Martin is co-founder of the Education Inside Out Coalition (EIO Coalition) and the David Rothenberg Center for Public Policy. He is a 2011–2012 America’s Leaders of Change National Urban Fellow and a member of the Boards of The College and Community Fellowship and Prisoners Legal Services. He currently serves on a number of other boards, and has often served as a re-entry and criminal justice policy reform expert on MSNBC, Fox News, CNN, and local media outlets.

Vivian Nixon is executive director of College and Community Fellowship (CCF), an organization committed to removing individual and structural barriers to higher education for women with criminal record histories and for their families. She has received many honors and awards, including the John Jay Medal for Justice, the Ascend Fellowship at the Aspen Institute, the Soros Justice Fellowship, and the Petra Foundation Fellowship. Reverend Nixon is also co-founder of the Education Inside Out Coalition (EIO), a collaborative effort to increase access to higher education for justice-involved students.

Diana Ortiz is the associate director at Exodus Transitional Community, Inc., a not-for-profit organization established in 1999 that works with men and women transitioning from incarceration. Ms. Ortiz spent over 22 years in prison and, while incarcerated, worked with mothers to help them stay connected to their children and with the women on the mental health units. When released, she worked in entry-level positions and was promoted three times within two years overseeing three social service programs for children with parents in prison. Ms. Ortiz was active and effective in changing Executive Law 259i, which now allows people with life on their sentence the right to apply for discharge from parole. She received an award for her efforts in changing Executive Law 259j from the organization Citizens against Recidivism in 2008. In prison, she earned a bachelor’s degree in Liberal Arts and a master’s degree in English Literature.

JoAnne Page has more than 40 years of experience in criminal justice, the last 26 of which were at the helm of the Fortune Society, a nonprofit organization that serves and advocates for formerly incarcerated men, women, and teens. The Fortune Society offers more than a dozen programs, including mental health and substance abuse treatment, counseling, family services, HIV/AIDS health services, employment services, and housing. A graduate of Yale Law School, Ms. Page is a frequent speaker at conferences about criminal justice programs and issues. 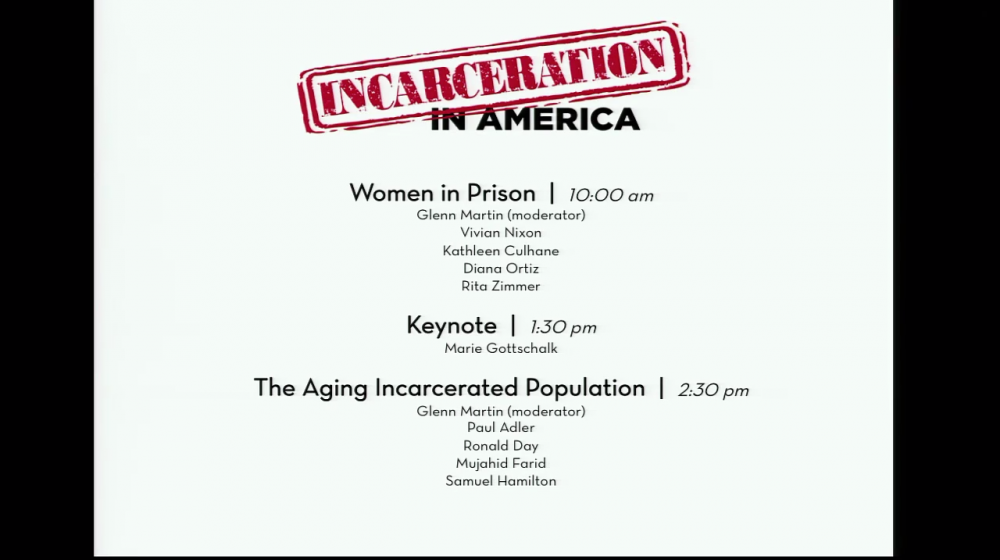 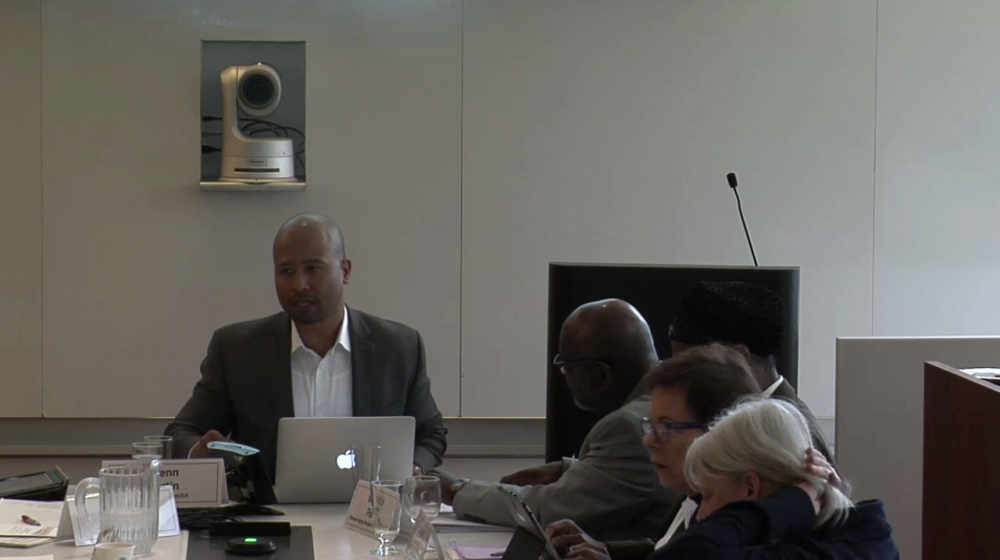