In Fall 2017, Bennington College presented an exhibition and lecture by critically acclaimed media artist Alexandra Bell. This event was the first display of Bell’s work by an academic institution and the first to present her radical re-edits as a series. This grouping showcased how the artist disrupts manifestations of bias in reporting on different topics, from police violence to athletic competition, and confounds journalistic conventions of timeliness.

Bell is known for her Counternarratives project of supersized New York Times articles edited to reveal biases and assumptions about race and gender. Usually posted one work at a time around everyday locations in New York City, her Counternarratives prints appeared for the first time at Bennington as a series of four installed on building exteriors around campus. Bell resists the forward propulsion of the news cycle by reconsidering events once they cease to be current. Her deliberative process gives agency to a desire to slow down and look back, to locate subjectivity in the “facts” of public record and question how particular narratives become embedded in history. Overall, Bell’s Counternarratives project urges us to think more deeply about the circulation and consumption of news and the patterns and politics of information.

The show was organized by Anne Thompson, Director and Curator of the Suzanne Lemberg Usdan Gallery at Bennington College.

(Photo credit: We Are Not Pilgrims) 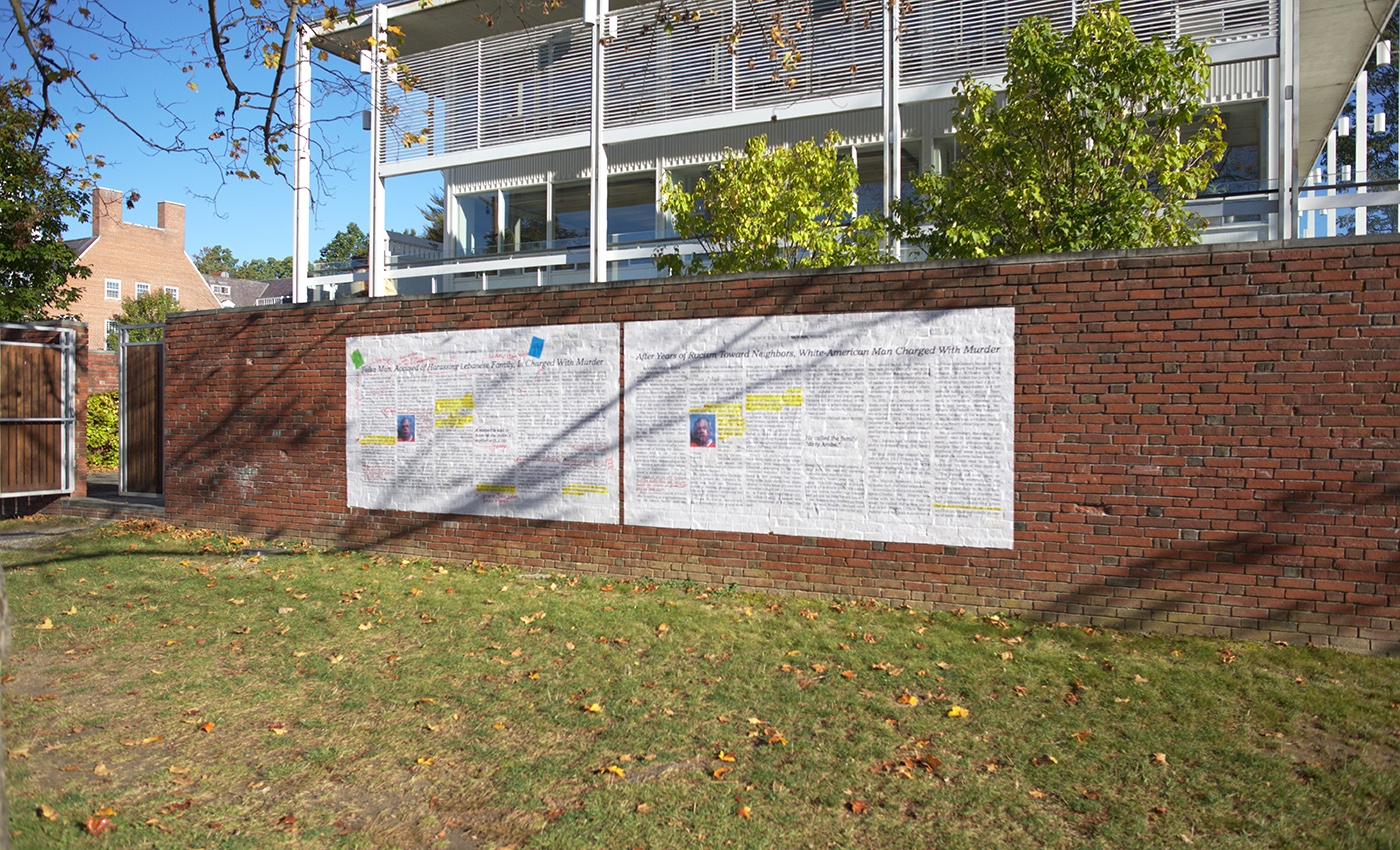 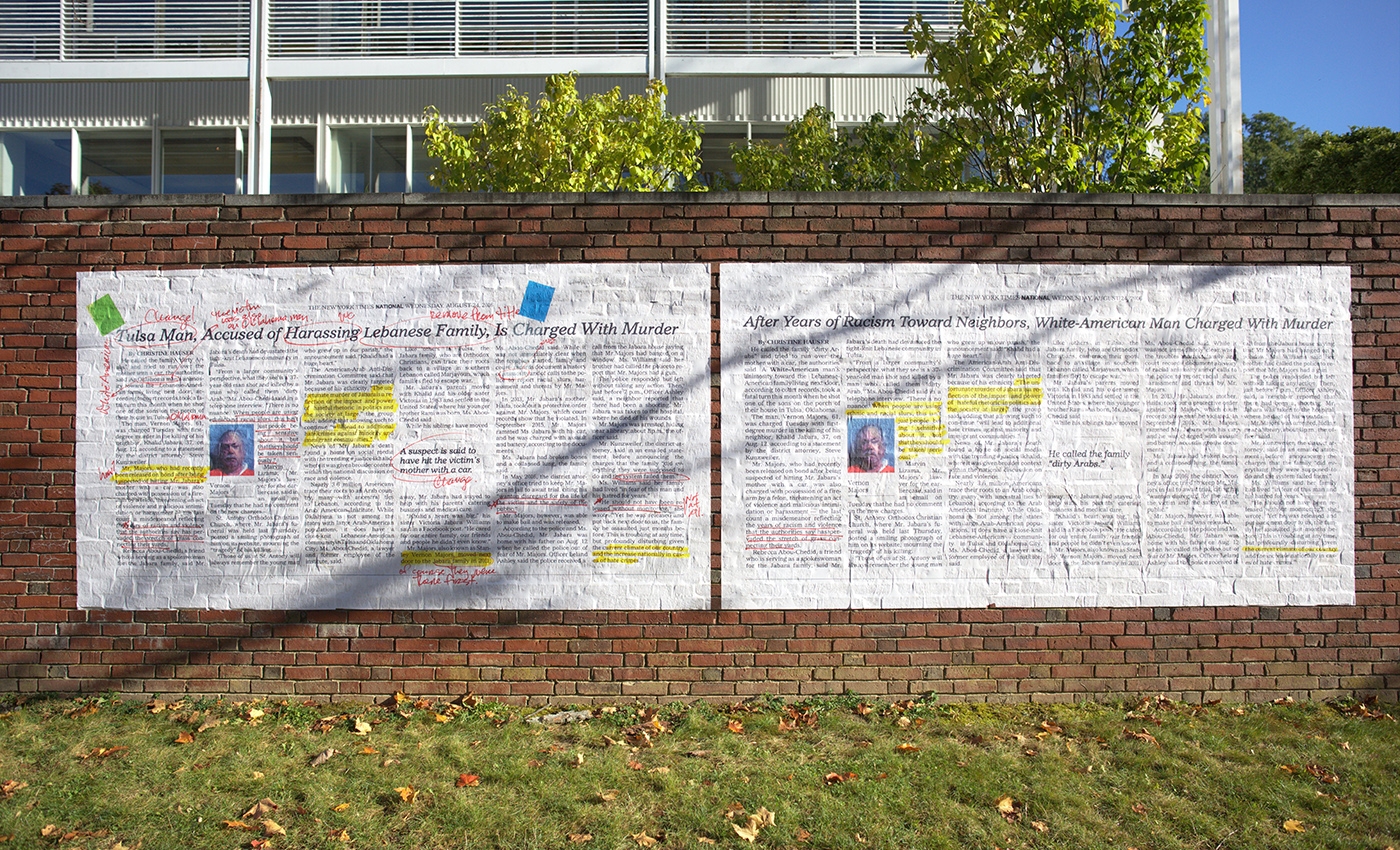 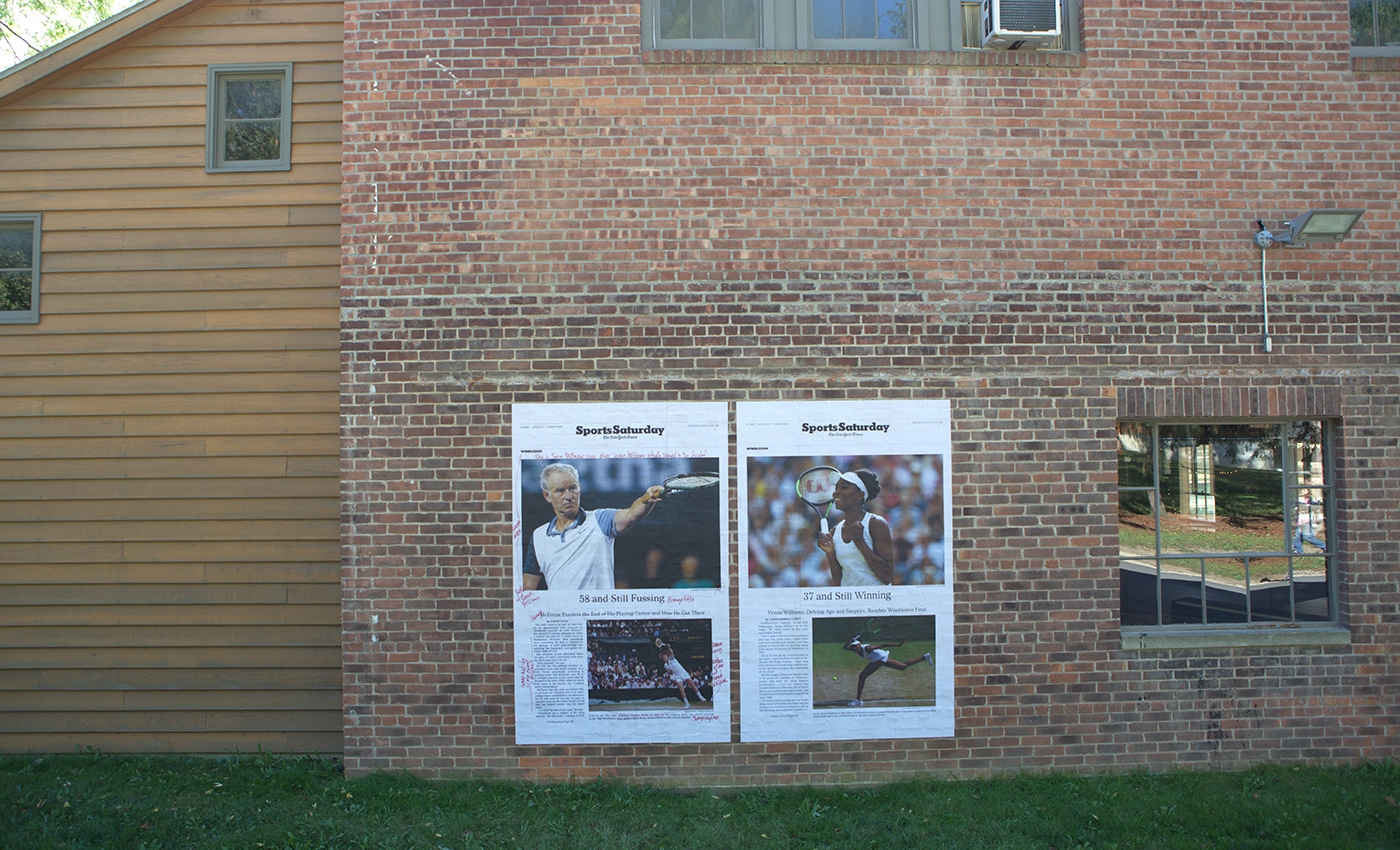 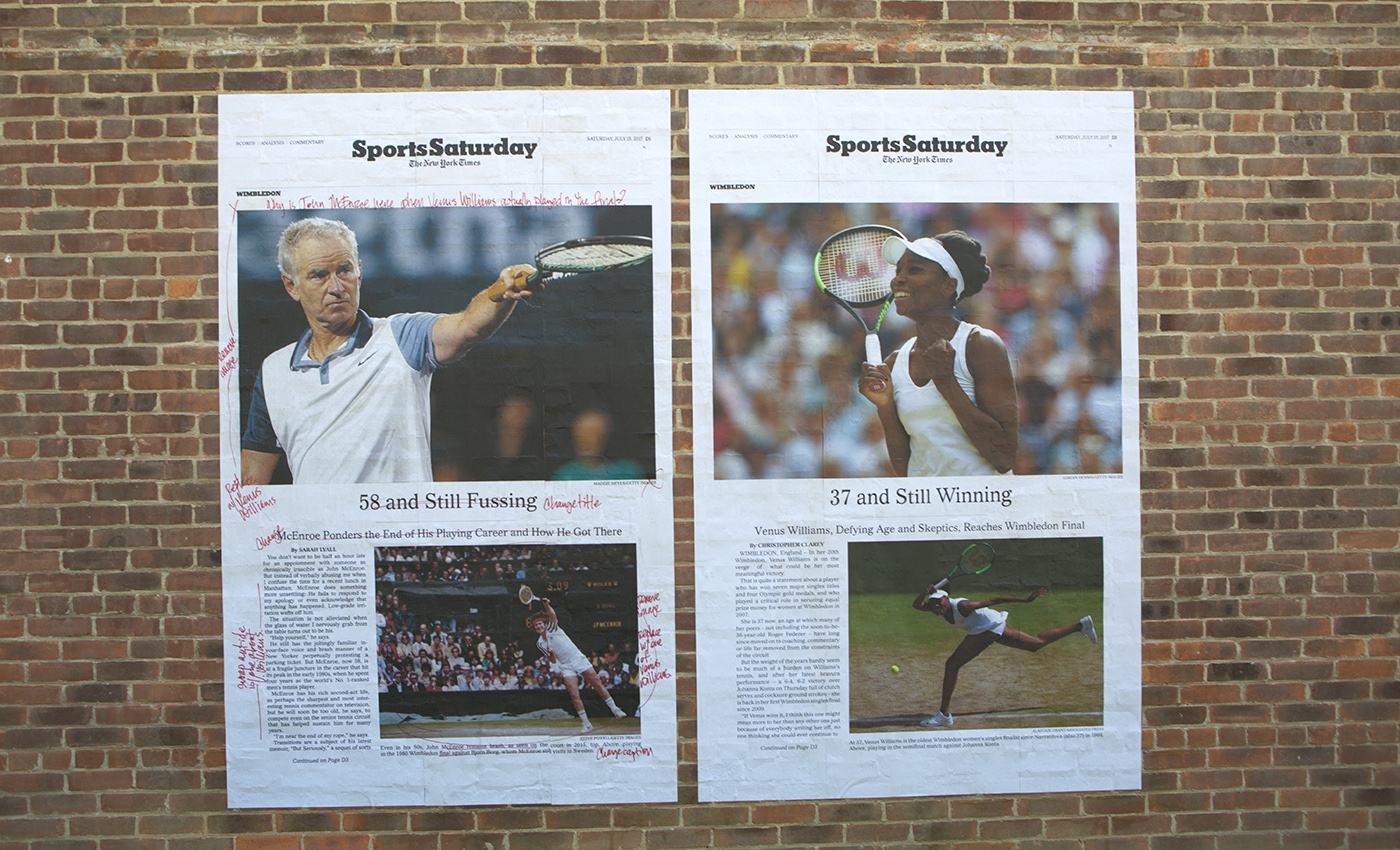 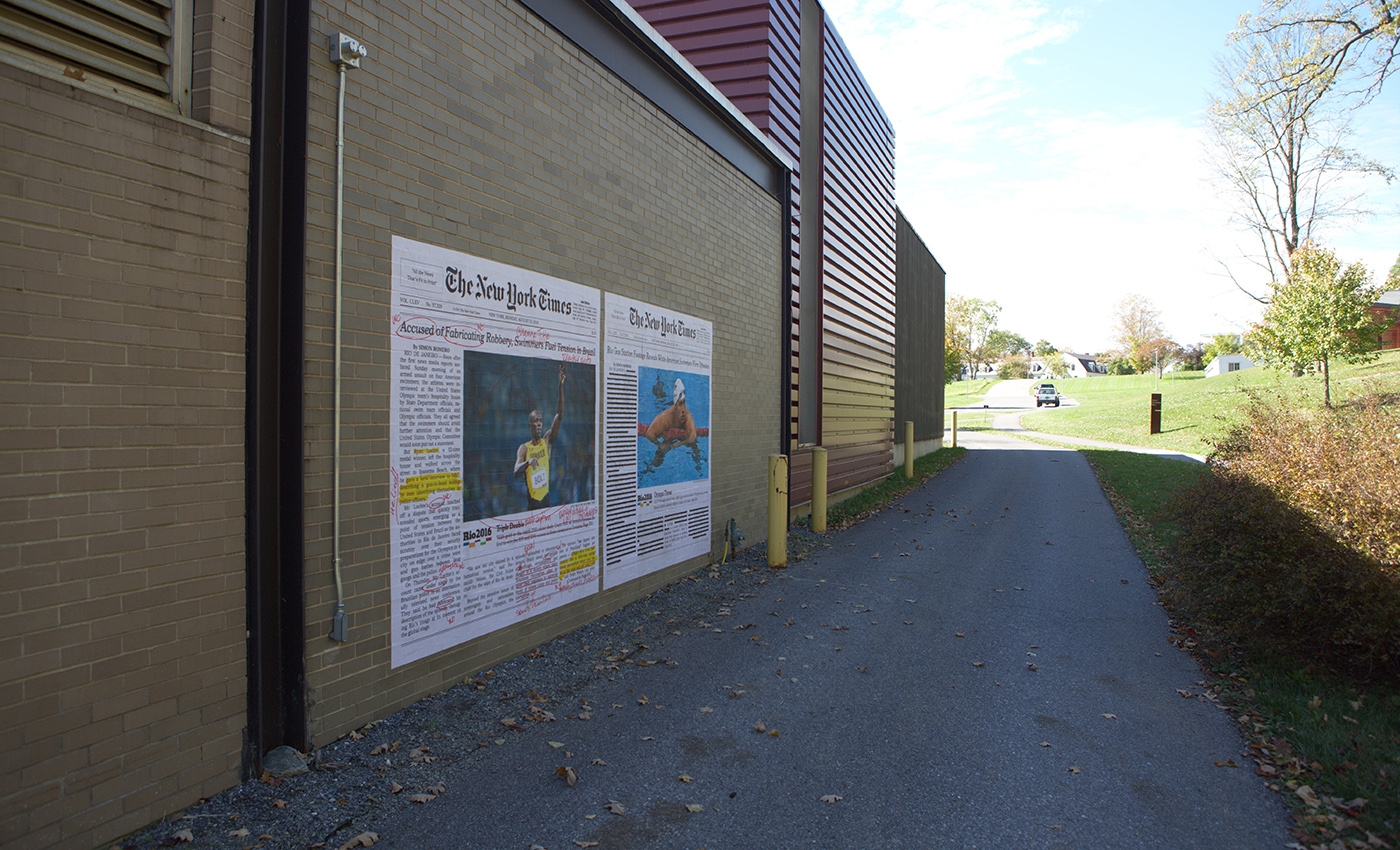 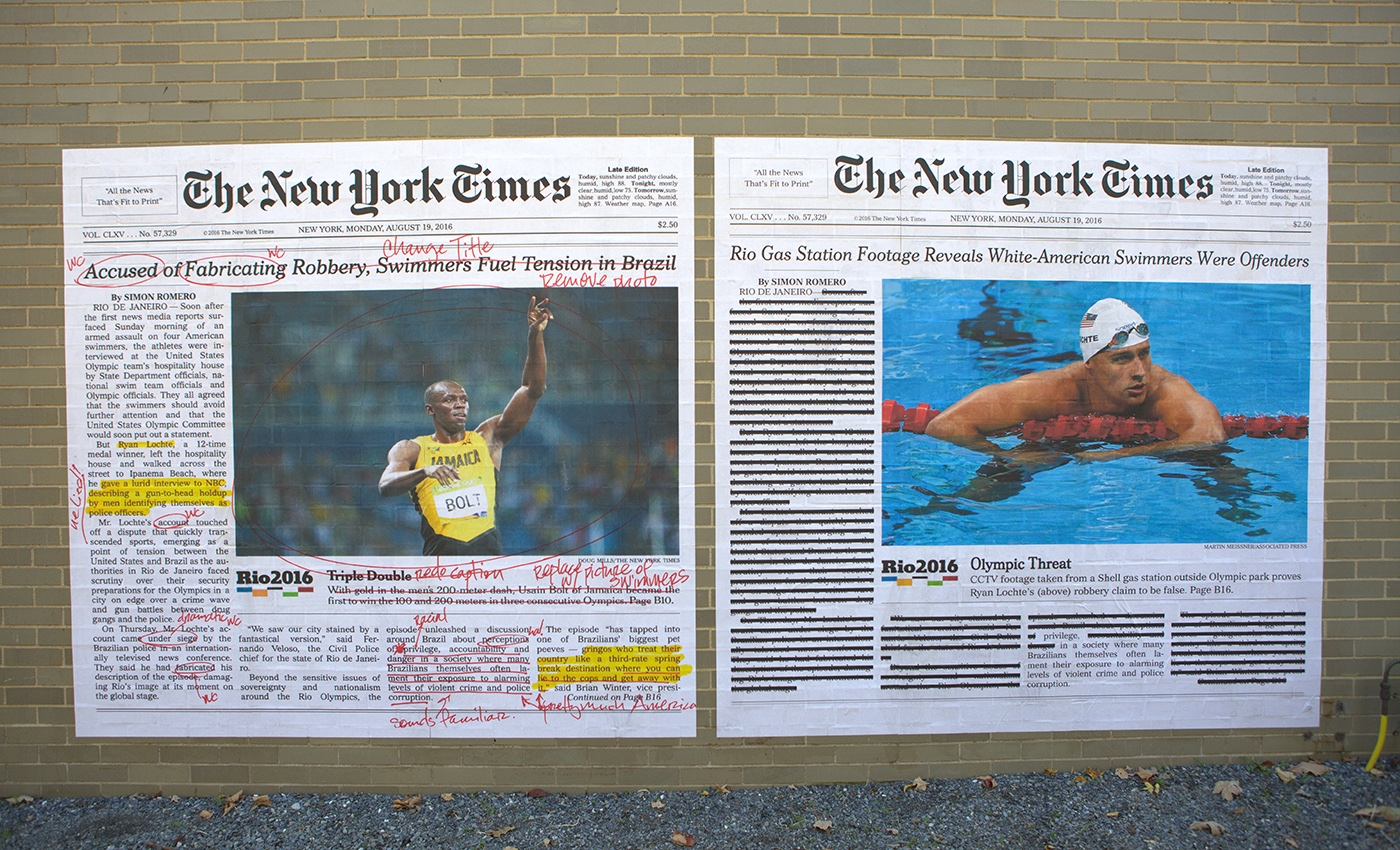 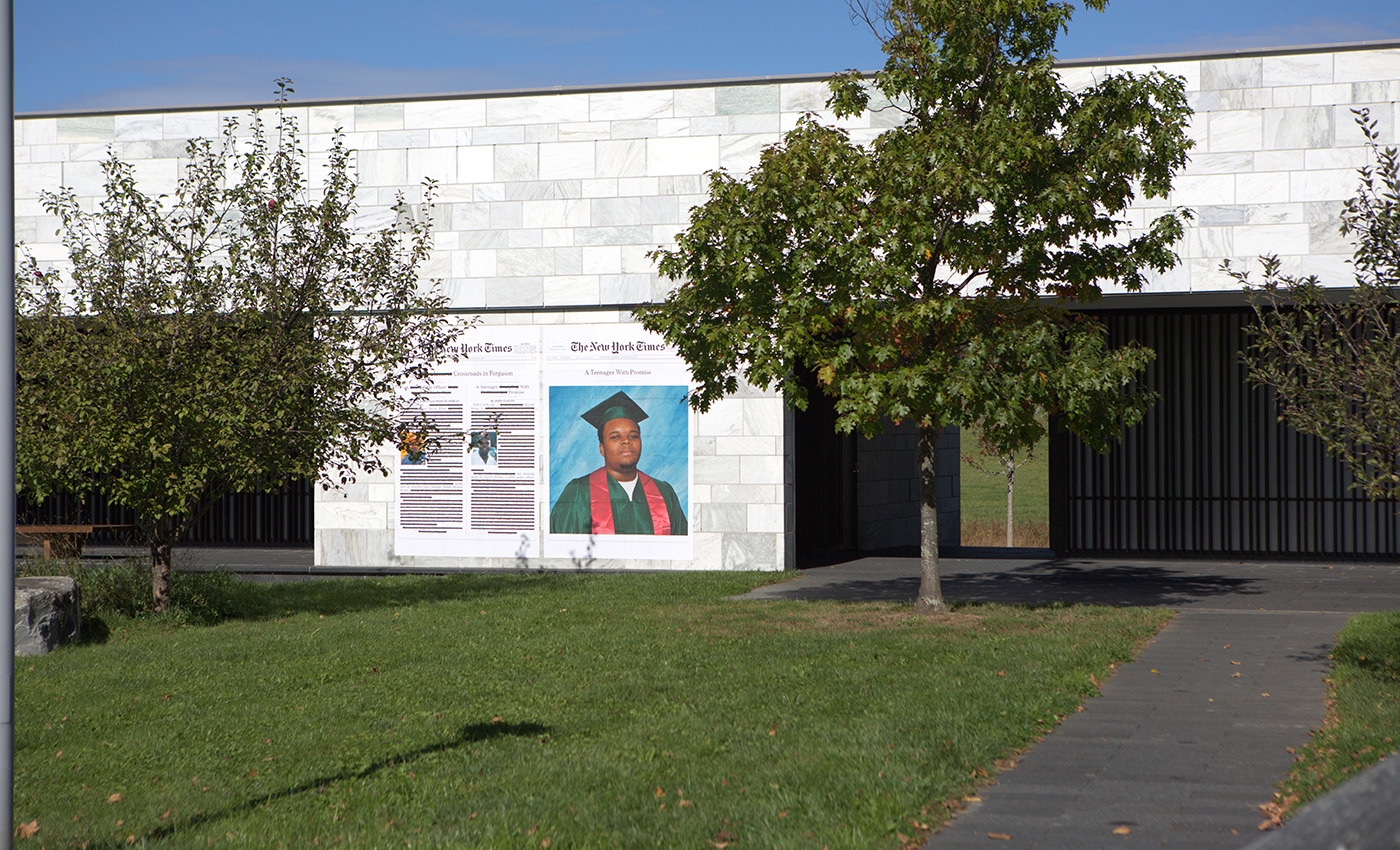 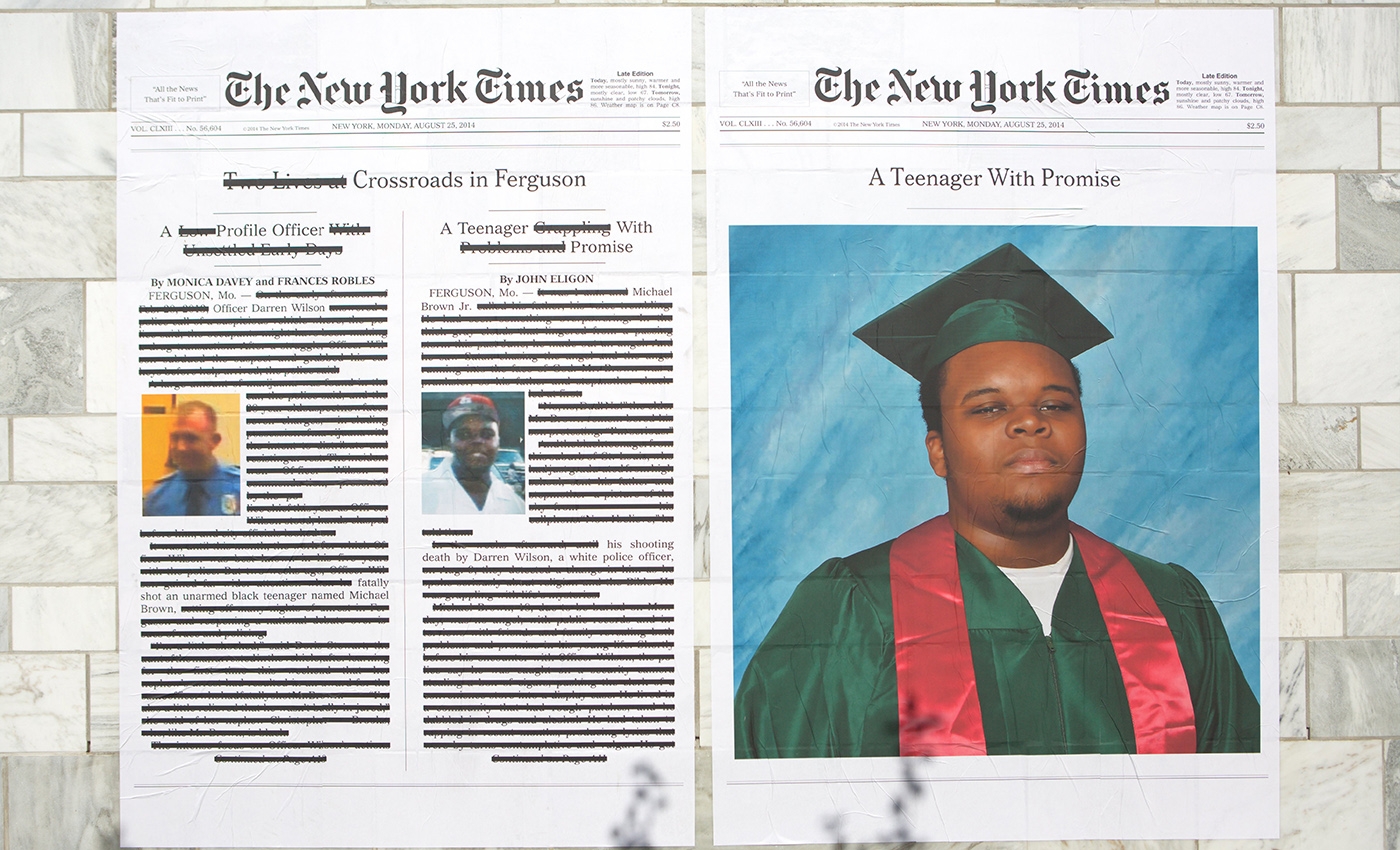 About the artist
Alexandra Bell (b. 1983, Chicago, IL) is a multidisciplinary artist who investigates the complexities of narrative, information consumption, and perception. Utilizing various media, she deconstructs language and imagery to explore the tension between marginal experiences and dominant histories. Through investigative research, she considers the ways media frameworks construct memory and inform discursive practices around race, politics, and culture. Bell holds a B.A. in Interdisciplinary Studies in the Humanities from the University of Chicago and an M.S. in Print Journalism from Columbia University. She lives and works in Brooklyn.