Usdan Gallery is temporarily closed to the public.      Learn more.

How to get here.

On View—House & Garden | See the exhibition

Patricia Johanson (Bennington, ’62) was an emerging minimalist painter and land artist when, in March 1969, House & Garden magazine commissioned her to design a domestic garden. After conducting deep research into the history of gardening, she took the assignment in a different direction, exploring territories far beyond the backyard. In nine months, Johanson produced 150-plus drawings and seven conceptual essays, a vast project in which the following categories of  “garden” position society in a more sensitive and aligned relationship with nature.

The magazine declined to publish any of it, but this was hardly a loss for the artist. She began studies in engineering and architecture and developed a celebrated career in ecological art for which The House & Garden Commission has been her wellspring. For decades, Johanson has deployed these early drawings and texts as aides in the creation of large-scale, urban infrastructure projects that establish habitats for people and wildlife, and function simultaneously as landscape and art.

The House & Garden Commission is extraordinary in its consideration of Anthropocene crisis issues such as erosion, flooding, landfills, and water conservation. A presentation of the 146 extant drawings (on view as a full series for the first time) highlights Johanson’s environmental prescience and contributes to the growing, overdue recognition being accorded her generation of women land-art pioneers. Seen together, the drawings evidence the momentum of an artist in a sustained burst of invention, working quickly on sketchbook paper with tools of utility—pencil, colored pencil, occasionally pen and pastel, and even lipstick. Demonstrated throughout is Johanson’s imaginative desire to integrate constructed forms with nature, rather than imposing them on it; to attend equally to small moments and sweeping networks; and to interrogate our attitude toward the planet.

The Usdan installation arranges the House & Garden drawings in seven numbered grids, according to the themes of Johanson’s essays. These concise texts are printed in the exhibition catalogue, along with information about individual works. To contextualize Johanson’s pivotal activity with House & Garden, the exhibit provides examples of her minimalist painting from the mid-1960s; a film about her sculpture Stephen Long (1968), which prompted the magazine’s invitation; and works and ephemera from her time at Bennington, where even as a student she was thinking in new ways about color and space, the interactive role of the audience, and the social purpose of art. Also included are sketches for House & Garden; documents of Johanson’s ecological art projects; and a bronze cast of her model for a dam for the Draw at Sugar House, in Salt Lake City (2002-18), which combines engineering, landscaping, flood control, and wildlife habitat, and allows floodwater that overtops a detention basin to flow under an eight-lane highway and drain safely.

In addition to the Draw at Sugar House, Johanson’s built projects include Fair Park Lagoon, Dallas (1981-86); Endangered Garden, San Francisco (1987-97); and Petaluma Wetlands Park and Ellis Creek Recycling Facility, California (2001-09). She currently is working on Mary’s Garden, a remediation of mine-scarred land in Scranton, Pennsylvania; and, in Ontario, Canada, a conversion of parking lots to wetlands at McMaster University. Johanson is represented in public collections including the Dallas Museum of Art; the Metropolitan Museum of Art, New York; the Museum of Modern Art, New York; and the National Museum of Women in the Arts, Washington, D.C. Her awards include fellowships from the Guggenheim Foundation and the National Endowment for the Arts. She lives in Buskirk, NY. 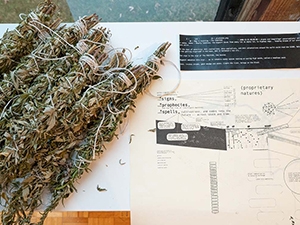 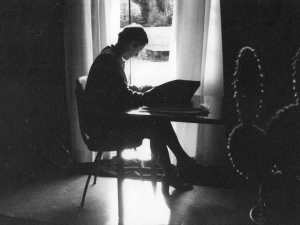 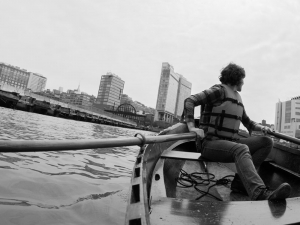 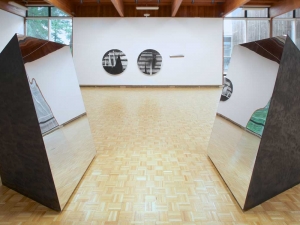 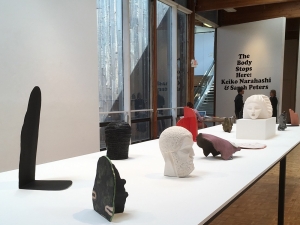 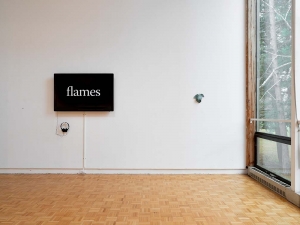 Anne Thompson is Director and Curator of Usdan Gallery.