Camille Guthrie’s most recent book of poetry, Articulated Lair, engages with the life and work of one of the great artists of the 20th century, Louise Bourgeois, in her continued interest in ekphrasis—writing poetry in response to visual art.

Guthrie is the author of three books of poetry: Articulated Lair: Poems for Louise Bourgeois (2013), In Captivity (2006), and The Master Thief (2000), all published by Subpress. Her poems have appeared in such journals and on websites as the Academy of American Poet's Poem-a-Day series, Chicago Review, Conjunctions, The White Review, The Volta, and have been included in anthologies as Not for Mothers Only: Contemporary Poems on Child-Getting and Child-Rearing (Fence Books) and Art & Artists (Knopf). She has written about poetry for the Poetry Foundation's blog Harriet and for The Huffington Post. She has taught literature and writing at Bennington College for the past eight years. Currently, she is editing an anthology of love poetry with the poet Carmen Giménez Smith called Genius of Love: Poetry from the Past & Present for the Modern Lover. She has been a visiting faculty member at Bennington since Fall 2009 and became Director of Undergraduate Writing Initiatives in Fall 2017. 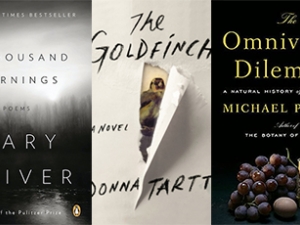