Jean Randich is an award-winning director, writer, and librettist specializing in new works, musical theatre, opera, and re-envisioned classics. She is cofounder and co-artistic director of Collider Theater in New York City.

She has also directed in Germany and Norway, and served as the American juror at the 15th session of the Cairo International Festival of Experimental Theater. Randich is the winner of the NEA/TCG Director Fellowship and a Fox Foundation Grant to work in Norway and has served as the George Abbott resident director at New Dramatists. She was commissioned by the Dallas Opera to write the libretto for a chamber opera, The Miraculous Phonograph Record.

As a writer, Randich, her collaborators, and Page 73 Productions were awarded a 2002 Jonathan Larson Performing Arts Foundation grant for their musical, The Unknown. The Unknown was presented in Joe’s Pub as part of the Public Theater’s 2004 New Work Now Festival and in New York Musical Festival in 2005. Randich, Ana Asensio, and Paloma Bravo adapted Ms. Bravo’s Spanish bestseller, Mica’s Skin, into a solo show for the stage. Randich directed Ms. Asensio in Mica’s Skin for the 2013 United Solo Festival at Theatre Row, New York City, where it won the Best Adaptation Award. Randich writes reviews for truthdig.com and was a finalist for the 2013 LA Press Club’s National Entertainment Journalism Award for Best Online Critic.

In 2015, she and Robert Murphy founded Collider Theater, which is dedicated to work exploring the collisions of cultures and the empowerment of all who exist between cultures. She directed their inaugural presentation, Murphy’s Love, Sex, and Death in the Amazon. Affiliations include a Mabou Mines Artist residency, 2001–02; George Abbott resident director at New Dramatists; 2003 participant in New Dramatists’ Playtime Series; alumni of Drama League’s New Directors/New Works and The Women’s Project, as well as a participant in the 2016 American Opera Projects with Kitty Brazelton’s work in progress, The Art of Memory. BA, Brown University; MA, Brown University, Creative Writing; MFA, Yale School of Drama. Randich is a faculty member at New York University’s Tisch School of the Arts and has taught at Bennington since 1995. 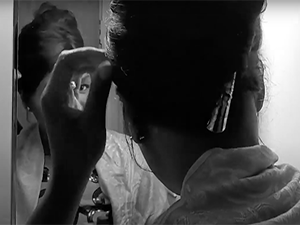 Devising and Directing in a Virtual World