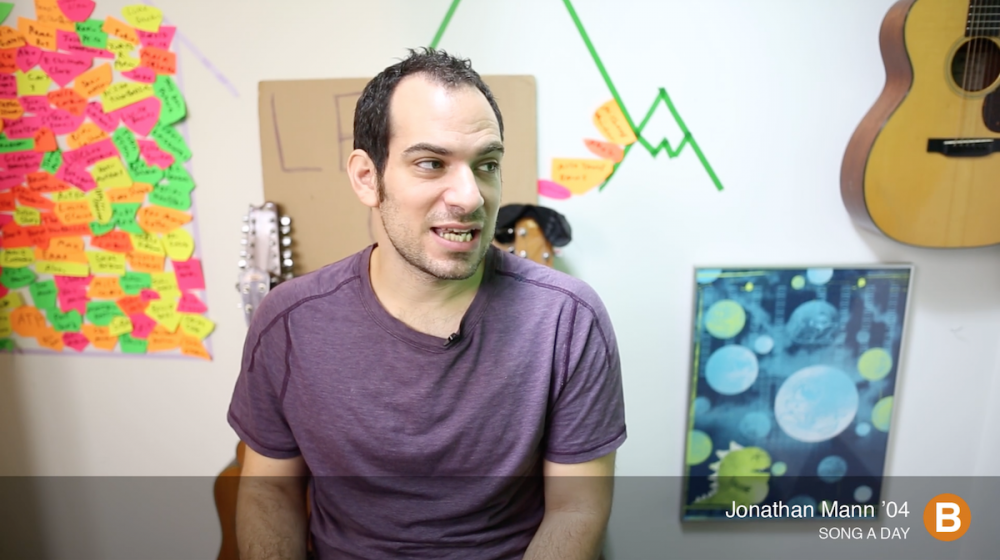 What began as a side project became a career for Jonathan Mann '04. The famous Song A Day Man has composed for CNN, New York magazine, Anderson Cooper, tons and tons of conferences and corporate events—and, of course, for his YouTube channel which now boosts 37,008 subscribers and 20,521,002 views since 2009. In October, he invited the magazine into his home to talk about making a song a day for the last several years.