Stephen Pratt ’77, senior chemist at the U.S. Department of Energy’s Argonne National Laboratory, was recognized as an Argonne Distinguished Fellow. 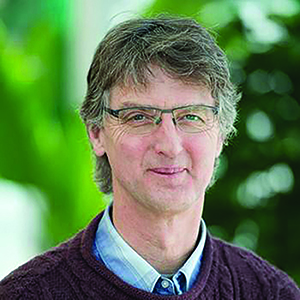 The Argonne Distinguished Fellow is the highest scientific/engineering rank at the laboratory, and this distinction is held by only a small fraction (approximately three percent) of the research staff. Argonne National Laboratory staff members who achieve this rank have a widely recognized international reputation and have demonstrated exceptional achievements in science or engineering that are relevant to Argonne’s core missions: seminal discoveries or advances that have broad influence and impact. Dr. Pratt’s research involves the study of photoionization and photodissociation dynamics as a means of learning about how energy flows among the internal degrees of freedom in highly energized molecules.