August de los Reyes is the principal design director for Xbox at Microsoft who is implementing a vision of empathetic design for the company, believing that making technology accessible for more types of people—including the differently abled—will drive technological innovation.

He originally joined Microsoft in 2003 and worked on projects that spanned the company, including MSN, Windows, and Surface. Prior to Microsoft, de los Reyes lived in the Netherlands, where he led interaction design efforts for Philips Design. He also helped lead design for the internationalization of Kodak’s website in 32 countries.

De los Reyes is a member of the Advanced Studies Program at Harvard University Graduate School of Design, where he received his MDesS with distinction. He is also an affiliate faculty member of the Design Division at the University of Washington and in 2007–2008 was a visiting associate at the Oxford Internet Institute. Reyes has lectured around the world at institutions that include MIT, University of Toronto, University of Ljubljana, the Royal Melbourne Institute of Technology, and the University of Southern California. 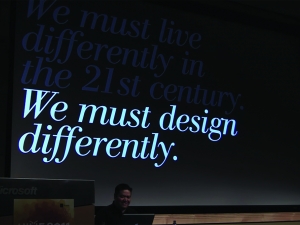 Every Crisis Is a Crucible 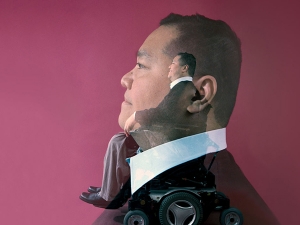 Disability as a Design Problem