After studying dance at Bennington under legendary choreographer and dancer Martha Graham, Betty Ford moved to New York City to study and perform with Graham’s troupe.

She later married Gerald Ford, becoming a key player in his political ascent and eventually stepping into the role of First Lady of the United States when Ford ascended to the Oval Office after Richard Nixon’s resignation. As first lady, Betty Ford became an outspoken advocate on subjects such as equal rights for women, abortion, and divorce. When she was diagnosed with malignant breast cancer while First Lady, her openness about her illness raised visibility for a disease that Americans had previously been reluctant to discuss. She was a strong supporter of the Equal Rights Amendment and lobbied hard for its passage.

Her advocacy for such causes led to Time magazine’s decision to name her Woman of the Year in 1975.

After leaving Washington, her struggles with addiction led her to her next cause. Her dependency on prescription pain medications and alcohol increased; after a period of rehab, she disclosed her addiction to the public. She realized there was no recovery facility specifically established to help women with the unique problems associated with drug and alcohol abuse, so in 1982, she helped establish the Betty Ford Center, dedicated to helping all people, but especially women, with chemical dependency. Through her awareness of the connection between drug addiction and HIV/AIDS, she became an outspoken advocate for gay and lesbian rights in the workplace and same-sex marriage.

In 1987, Betty Ford published a book about her treatment entitled Betty: A Glad Awakening. In 2003, Ford produced another book, Healing and Hope: Six Women from the Betty Ford Center Share Their Powerful Journeys of Addiction and Recovery. In 1991, she was awarded the Presidential Medal of Freedom by George H.W. Bush; other honors include the Congressional Gold Medal and the Woodrow Wilson Award for public service. 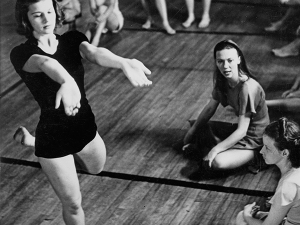