Bruce Berman ’74 has been chairman and CEO of Village Roadshow Pictures since 1998. In 2018, Variety500 named Berman to its list of influential entertainment leaders and icons.

Under the Village Roadshow banner, Berman has executive-produced hits such as American Sniper, The Lego Movie, The Great Gatsby, the Ocean’s trilogy, Sherlock Holmes and its sequel, Sherlock Holmes: A Game of Shadows, Happy Feet, and The Matrix trilogy.

While at Georgetown, Berman got his start in the motion picture business working with Jack Valenti at the Motion Picture Association of America. After earning his law degree, Berman landed a job at Casablanca Films in 1978 and worked his way up to a production vice president at Universal Pictures in 1982.

In 1984, Berman joined Warner Bros. as a production vice president and was promoted to senior vice president of production four years later. He was appointed president of theatrical production in September 1989, and in 1991 was named to the post of president of Worldwide Theatrical Production, which he held through May 1996. Under his aegis, Warner Bros. Pictures produced and distributed films such as Goodfellas, Robin Hood: Prince of Thieves, the Oscar-winning Best Picture Driving Miss Daisy, Batman Forever, Under Siege, Malcolm X, The Bodyguard, JFK, The Fugitive, The Pelican Brief, Outbreak, The Client, A Time to Kill, and Twister.

In May 1996, Berman started Plan B Entertainment, an independent motion picture company based at Warner Bros. He was named chairman and CEO of Village Roadshow Pictures in February 1998. 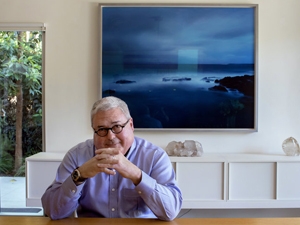