DD Dorvillier is a dancer, choreographer, and teacher whose projects have been presented in New York at Danspace Project, The Kitchen, New York Live Arts, and PS 122, and abroad at ImPulsTanz, Kaaitheater, and Rencontres Internationales Chorégraphiques de Seine-St Denis, among others. Her most recent work, Danza Permanente—a Beethoven string quartet transposed into movement for four dancers, in silence—premiered at STUK in 2012.

In 2000, she founded human future dance corps to support her individual work and collaborations. Over the years, she has collaborated with Jennifer Monson, Jennifer Lacey, Zeena Parkins, Yvonne Meier, and Sarah Michelson, among others. Honors include a Creative Capital Award (2013), multiple MAP Fund grants, a Guggenheim fellowship (2011), a Foundation for Contemporary Arts grant (2007), and a Doris Duke Artist Award in Dance (2013). For 2014, Danspace Project has commissioned Diary of an Image, a four-week platform dedicated to her work and practice. Extra Shapes, a new work commissioned by EMPAC in 2015, explores spectatorship and the perceptual and functional differences between movement, sound, and light. 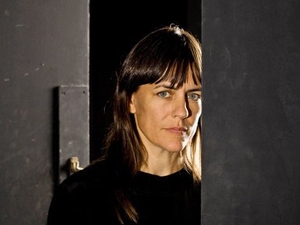 A Choreographer You Should Know