Gretel Ehrlich ’67 is the author of 13 books, including three books of narrative essays, a novel, a memoir, three books of poetry, a biography, a book of ethnology/travel, and a children’s book, including The Solace of Open Spaces; Drinking Dry Clouds; Heart Mountain; Islands, the Universe, Home; Questions of Heaven; A Blizzard Year; John Muir; This Cold Heaven; The Future of Ice; and In the Empire of Ice.

In 1991, Ehrlich was hit by lightning while taking a walk on her Wyoming ranch. She was hospitalized and severely debilitated for several years. She writes of the experience in her nationally bestselling memoir, A Match to the Heart, published by Pantheon in 1994.

Ehrlich was one of the founders of Cape Farewell, bringing artists and climate scientists together. She is also the winner of numerous awards for her writing, among them the 2010 PEN Thoreau Award, a Bellagio fellowship, a Guggenheim fellowship, a Whiting Award, the Harold B. Vurcell Award for distinguished prose from the American Academy of Arts and Letters, grants from the National Endowment for the Humanities and the National Endowment for the Arts, and two Expedition Council grants from the National Geographic Society for circumpolar travel in the high Arctic. Facing the Wave was long-listed for the National Book Award in 2014, and won the PEN USA award for nonfiction. Ehrlich was featured on the PBS News Hour reading from that book.

In 2015, Ehrlich was invited to participate in a five-week residency at the Robert Rauschenburg Foundation to work with visual artists on climate change, resulting in a collaboration with artist Mel Chin for an event and film at the Paris Climate Conference. 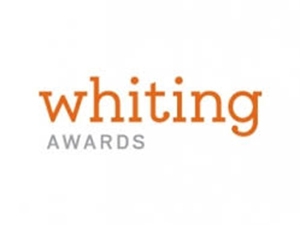 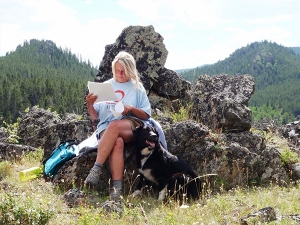