Holland Taylor ’64 is known for playing strong, accomplished, and sometimes intimidating characters in shows such as Two and a Half Men and The Practice and in her a one-woman Broadway play, Ann, based on the life of the iconic Texas governor Ann Richards.

Taylor began her career as an actor on stages on and off Broadway, where her work earned her a Drama Desk award nomination, among other honors. For her work as Evelyn Harper, the snobbish, overbearing mother on Two and a Half Men, she earned four Emmy nominations, along with another for her recurring role on AMC’s series The Lot. She won an Emmy for Best Supporting Actress in 1999 for her recurring role in The Practice.

She has appeared in television shows including ER and The L Word, and in movies such as Legally Blonde, The Truman Show, and One Fine Day.

She began researching, writing, and producing her one-woman play about Ann Richards in 2009; after engagements Off-Broadway, including at the Kennedy Center in Washington, DC, it opened on Broadway in 2013 to warm reviews. She was nominated for a Tony Award for Best Lead Actress in a Play for her achievement. 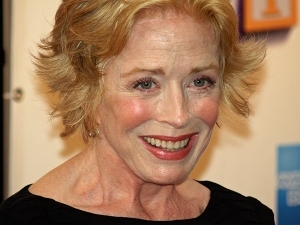 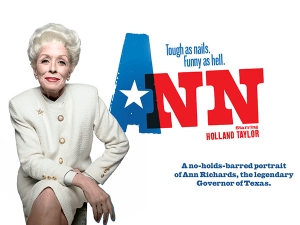 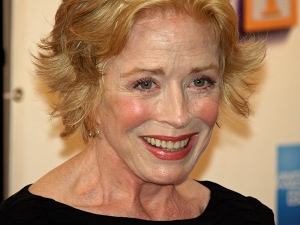