Jaamil Olawale Kosoko is a Nigerian American performance and humanities curator, producer, cultural strategist, and artist, currently based between Brooklyn, New York, and Philadelphia. He is an inaugural APAP Leadership Fellow, a Co-Curator of the 2015 Movement Research Spring Festival, a 2014 American Express Leadership Academy alum, a 2012 Live Arts Brewery Fellow as a part of the Philadelphia Live Arts Festival; a 2011 Fellow as a part of the DeVos Institute of Art Management at the John F. Kennedy Center for the Performing Arts; and an inaugural graduate of the Institute for Curatorial Practice in Performance (ICPP) at Wesleyan University. Kosoko is a Founding Advisory Board Member of the Coalition for Diasporan Scholars Moving and was most recently elected to the Executive Committee on the Board of Trustees at Dance/USA.  As a recipient of a 2016 USArtists International Award from the Mid-Atlantic Arts Foundation, Kosoko will tour his acclaimed new performance work #negrophobia to Tanz im August Festival, Berlin in this summer. 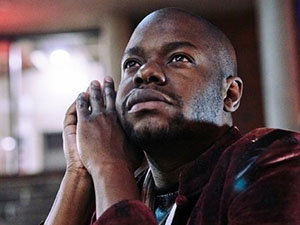 "The Unruliness of Life and Loss"