Dr. Jennifer H. Mieres is one of the leading experts and patient advocates in the fields of cardiovascular disease in women. She is a Professor of Cardiology, Occupational Medicine, Epidemiology and Prevention at Hofstra Northwell School of Medicine and Senior Vice President of the Northwell Health’s Office of Community and Public Health.

After graduating from Bennington, Mieres received her medical degree from Boston University School of Medicine. She is a fellow of the American Heart Association (AHA), the American College of Cardiology (ACC), and the American Society of Nuclear Cardiology (ASNC); in 2009, she served as the first female president of the ASNC. She has authored and coauthored more than 60 scientific publications and has presented her research around the world, including scientific sessions of the ACC, AHA, ASNC, and the International Conference of Nuclear Cardiology. She has also presented work on new models for the delivery of healthcare at the International Forum on Quality and Safety in Healthcare,2013 and 2015 in London, 2014 in Paris and 2016 in Sweden.

Dr. Mieres is deeply involved in community service and is a national spokesperson for the AHA’s Go Red For Women movement, as well as serving as a member of the Scientific Advisory Board for WomenHeart, the national coalition for women living with heart disease. Dr. Mieres is a recipient of numerous awards, including the 2014 AHA Chairman’s Award, which recognized her as a tireless force, in fostering diversity in medical education as well as for her ongoing work in the area of eliminating disparities in the delivery of healthcare to the community.

She received the 2014 Women in Cardiology mentoring award from the national ACC, in acknowledgement of her dedication and commitment to mentoring women in cardiology. In appreciation of her work as a cardiologist, researcher, and patient and community advocate, she was the recipient of the 2011 national AHA Louis B. Russell, Jr., Memorial Award, presented annually to an AHA volunteer for outstanding service in addressing healthcare disparities and/or service to minority and underserved communities. She has also received a Woman’s Day Red Dress Award for her contributions to Women’s Heart Health in 2008 and a New York State Governor’s award for excellence in 2002.

Dr. Mieres is routinely called upon by the media to comment on heart health, appearing in national and local media outlets on programs such as 20/20, the Today Show, Good Morning America, Today in New York, CBS Early Show, CNN, NBC Nightly News, and many others. As a producer of the PBS documentary A Woman’s Heart (2003), she was nominated for an Emmy for best documentary in the Health Science category at the 46th Annual New York Emmy Awards. She was featured on the cover of the May 2008 issue of Black Enterprise magazine as one of America’s leading doctors, and in 2009 and 2010, Dr. Mieres was listed as one of the best doctors in New York magazine and in January 2011 was featured in Essence magazine as an expert on women’s health. Dr. Mieres’ coauthored her first book, Heart Smart for Black Women and Latinas: A 5-Week Program for Living a Heart-Healthy Lifestyle, which was published by St. Martin’s Press in 2008.

Dr Mieres is the Executive Pproducer of two 2015 health care documentaries; RX: The Quiet Revolution and RX: Doctors of Tomorrow, which premiered on national PBS stations in April 2015. 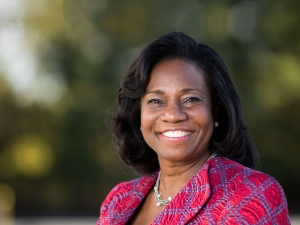 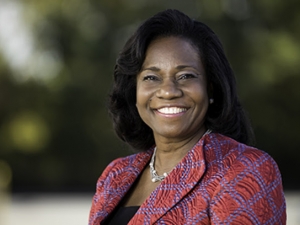