Jordan A. Thomas is a lawyer whose practice focuses on investigating and prosecuting securities fraud on behalf of whistleblowers and institutional clients, protecting and advocating for whistleblowers throughout the world who have information about possible violations of the federal securities laws. He created, and serves as the editor for, the website SEC Whistleblower Advocate, dedicated to helping responsible organizations establish a culture of integrity and courageous whistleblowers to report possible securities violations—without personal or professional regrets.

A longtime public servant and seasoned trial lawyer, Thomas served as assistant director of the Securities and Exchange Commission prior to going into private practice. He had a leadership role in the development of the SEC Whistleblower Program, including leading fact-finding visits to other federal agencies with whistleblower programs, drafting the proposed legislation and implementing rules, and briefing House and Senate staffs on the proposed legislation. He is also the principal architect and first national coordinator of the Commission's Cooperation Program, an initiative designed to facilitate and incentivize individuals and companies to self-report securities violations and participate in its investigations and related enforcement actions. In recognition of his important contributions to these national initiatives, while at the SEC, Thomas was a recipient of the Arthur Mathews Award, which recognizes “sustained demonstrated creativity in applying the federal securities laws for the benefit of investors,” and, on two occasions, the Law and Policy Award.

Throughout his tenure at the SEC, Thomas was assigned to many of its highest profile matters such as those involving Enron, Fannie Mae, UBS, and Citigroup. He successfully investigated, litigated, and supervised a wide variety of enforcement matters involving violations of the Foreign Corrupt Practices Act, issuer accounting fraud and other disclosure violations, audit failures, insider trading, market manipulations, offering frauds, and broker-dealer, investment adviser, and investment company violations. His cases resulted in monetary relief for harmed investors in excess of $35 billion.

Prior to joining the Commission, Thomas was a trial attorney at the Department of Justice, where he specialized in complex financial services litigation involving the FDIC and Office of Thrift Supervision. He began his legal career as a Navy judge advocate on active duty and continues to serve as a senior officer in its Reserve Law Program. Earlier, Thomas worked as a stockbroker.

Thomas is a board member of the City Bar Fund, which oversees the City Bar Justice Center, the pro bono affiliate of the New York City Bar Association. He also serves as the Chair of the Investor Rights Committee of the District of Columbia Bar.

Throughout his career, Thomas has received numerous awards and honors. Most recently, he was named a 2015 Top Thought Leaders in Trust by Trust! Magazine and a 2014 Superstar by Corporate Responsibility Magazine. In 2012, he was named a Legal Rebel by the American Bar Association Journal in recognition of his trailblazing efforts in the legal field. Ethisphere Institute, an internationally recognized think tank, selected Thomas as a Rising Star in its listing of 2012 Attorneys Who Matter, which recognizes leading practitioners in the world of corporate ethics and compliance. While at the SEC, he received four Chairman’s Awards, four Division Director’s Awards, and a Letter of Commendation from the United States Attorney for the District of Columbia. He is also a decorated military officer, who has twice been awarded the Rear Admiral Hugh H. Howell Award of Excellence—the highest award the Navy can bestow upon a reserve judge advocate. Thomas has received an AV Preeminent rating, the highest attorney rating available, from the publishers of the Martindale-Hubbell legal directory. 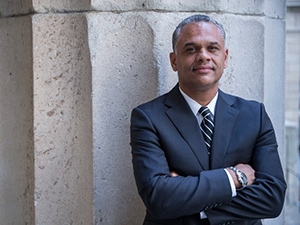 From S.E.C. to Whistle-Blower Defender