In 2002, Kay Crawford Murray retired as general counsel to the New York City Department of Juvenile Justice, the position she had held since the establishment of the agency in 1979. She received a Lifetime Achievement Award from the agency for her work there.

Issues of special concern to women have long been an area of Murray’s interest. She is a former chair of the Women’s Rights Committee of NYCLA and of the NYSBA Committee on Women in the Law, from which she received the Edith I. Spivack Award. She was also the inaugural recipient of the committee’s Kay Crawford Murray Award, an award named in her honor given to women in the profession who recognize the value of diversity in the legal profession and have dedicated their time to advancing the professional development of women attorneys.

In the words of Taa Grays, chair of the NYSBA’s Committee on Women the Law, “Kay C. Murray has been an inspiration and mentor to many women, particularly young African American women, because she took on the tough issues that were important to women, minorities and families at a time when few women of color even considered a career in the law.”

Murray served on the Board of Trustees of Bennington College from 1970 to 1977. 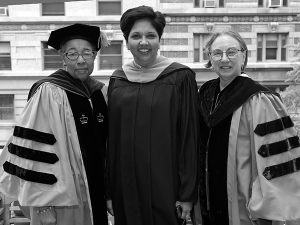