In 2017 Bridgman and Packer won the New York Dance and Performance Award for Outstanding Production for the performance of their work Voyeur at the Sheen Center. The 2008 Guggenheim Fellowship awarded to Bridgman and Packer was the first in the history of the Guggenheim Foundation to be given to two individuals for their collaborative work. They are also recipients of a 2013 National Dance Project Touring Award, National Endowment for the Arts Grants consecutively for 2007 through 2015, a 2008, 2012, and 2015 New England Foundation for the Arts Expeditions Touring Grant, two Choreography Fellowships and a BUILD grant from the New York Foundation for the Arts, a New York State Council for the Arts Grant, and four National Performance Network’s Creation Fund Awards. They have received five “First Light” Commissions from Dance Theater Workshop (now New York Live Arts), a Danspace Project Commissioning Initiative, as well as commissions from Dance New Amsterdam, the 92nd Street Y New Works in Dance, and Portland Ovations. Their international touring has been supported by USArtists International, the Performing Americas Project, the National Performance Network, and La Red de Promotores CentroAmericana y El Caribe.

Their work in live performance and video technology is featured in the 2009 book Gegenwelten, Zwischen Differenz und Reflexion (Against Worlds, Between Difference and Reflection) by Jurgen Schlader and Franziska Weber, published in Munich. Their New York City performance season at The Sheen Center was chosen as "Best of 2016" in both The Village Voice and Huffington Post. For more information, visit: bridgmanpacker.org and@BridgmanPackerDance on Facebook. 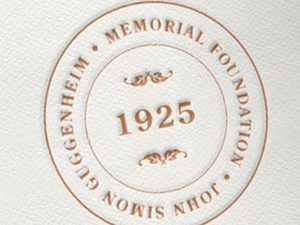