Cofounder and executive director of The Chocolate Factory in Queens, New York, Sheila Lewandowski ’97 is recognized as a civic leader who sees the arts as an integral aspect of community development.

Since its founding in 2004, The Chocolate Factory Theater—an award-winning incubator for experimental performance in Queens, New York—has supported more than 900 artists and as many as 40,000 visitors. As part of her work there, she created the annual Taste of Long Island City as an economic and community development project, the proceeds of which further the work of The Chocolate Factory’s artists each year. Taste of Long Island is now one of the premier “Taste” events in the country.

From 2004 to 2006, Ms. Lewandowski served as the first managing director of Queens Council on the Arts (QCA). During this time, she was instrumental in helping to secure new funding for QCA, increasing the budget by more than 20 percent, expanding services to the 2.2 million residents of Queens, its visitors, and businesses. 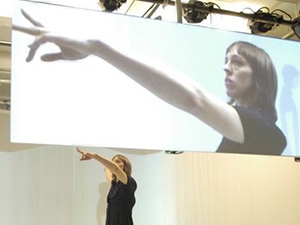 The Chocolate Factory: Meditations on Place and Creativity After College