Tim Daly ’79 began his professional career doing summer stock theatre while a student at Bennington College. He has been an actor for more than thirty-five years, playing myriad roles in TV, films, and theater.  He is the recipient of Theatre World, Golden Satellite, GLAAD, Gracie, and Peabody Awards, and has been nominated for Emmy and SAG awards. He is perhaps best known for his roles in Wings, Private Practice, and The Sopranos (for which he received an Emmy nomination), and as the voice of Superman for the animated series. He is currently starring in Madam Secretary on CBS and the YouTube web series The Daly Show.

Daly received a Theatre World Award for his Broadway debut in Coastal Disturbances opposite Annette Bening, and a Drama Logue Award for his performance in Colorado Catechism. His other Broadway and regional credits include The Caine Mutiny Court-Martial, The Glass Menagerie, and Six Degrees of Separation among many others. He recently starred in The Ruins of Civilization at the Manhattan Theatre Club.

Daly has produced, among other films, Edge of America, the opening night film of the 2004 Sundance Film Festival, which received a Peabody Award and a Humanitas Prize, Execution of Justice, and Bereft, which he also directed. He also produced Poliwood, directed by Barry Levinson, which premiered at the 2009 Tribeca Film Festival. He co-produced and acted in Low Down, which premiered at the 2014 Sundance Film Festival and was written by Bennington Alumni Topper Lilien.

Daly is on the Board of Trustees of the Putney School and Inside Out Writers, a non-profit organization that uses the power of creative writing to help juvenile offenders reclaim their lives. He is a fierce protector and defender of the arts. Since 2008 he has been President of the Creative Coalition, the premier non-profit, non-partisan advocacy arm of the arts and entertainment community. Their focus is on arts advocacy, public arts education, First Amendment rights, and other issues of public importance. 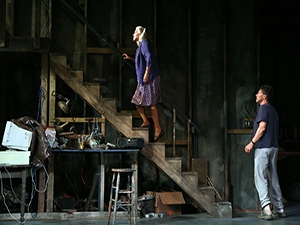 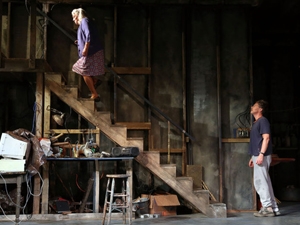 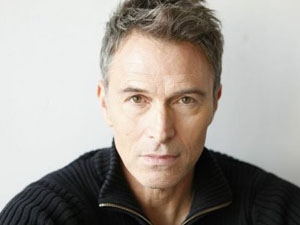