To Be a Writer in America Today 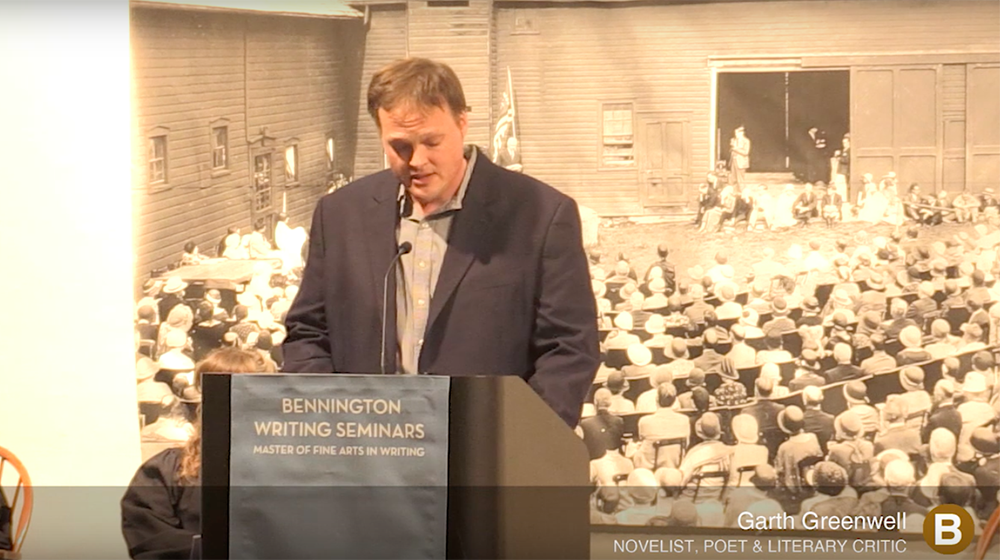 Garth Greenwell is an American novelist, author, literary critic, and educator. His debut novel, What Belongs to You won the British Book Award for Debut of the Year, was longlisted for the National Book Award, and was a finalist for other awards, including the PEN/Faulkner Award, the James Tait Black Memorial Prize, the Los Angeles Times Book Prize, the Edmund White Award for Debut Fiction, and a Lambda Literary Award.

To be a writer in America today means living a life for which there’s not really a pattern. Writing is hard because one measure of our seriousness as writers is the extent to which we make ourselves vulnerable in those hours.

A New York Times Book Review Editors' Choice, What Belongs to You was named a Best Book of 2016 by more than fifty publications in nine countries, and was deemed the "first great novel of 2016" by Publishers Weekly. It has been translated into a dozen languages.

Of his work, James Wood of The New Yorker said, “In an age of the sentence fetish, Greenwell thinks and writes, as Woolf or Sebald do, in larger units of comprehension . . . Rhythm, order, music, and lucid expression: there is undeniably a mandarin quality to the way that Greenwell narrows the frame of his inquiry and then perfectly fills this reduced space. But if the novel's formal control has a rare delicacy there is nothing at all hermetic about the story the narrator tells, which has a bitter urgency.”

In choosing the novel as a staff pick, Gabe Habash, of Publishers Weekly said: “The first great novel of 2016 ... Rivals books like Hanya Yanagihara or Ferrante's Neapolitan novels ... The ending will probably destroy you … And in Mitko, Greenwell has created one of the best characters of recent years. What Belongs to You is a great tragedy, and Greenwell is a great writer.”

In 2013, Greenwell returned to the United States after living in Bulgaria to attend the University of Iowa Writers' Workshop as an Arts Fellow. He has published stories in The Paris Review, VICE, and A Public Space, and writes criticism for The New Yorker, The Atlantic, the London Review of Books, and the New York Times Book Review, among others.

Greenwell has received the Grolier Prize, the Rella Lossy Award, an award from the Dorothy Sargent Rosenberg Foundation, and the Bechtel Prize from the Teachers & Writers Collaborative. He was the 2008 John Atherton Scholar for Poetry at the Bread Loaf Writers' Conference.