Different From All Other Nights

On Saturday, April 16, the Bennington College community participated in a Seder to commemorate the second night of Passover. 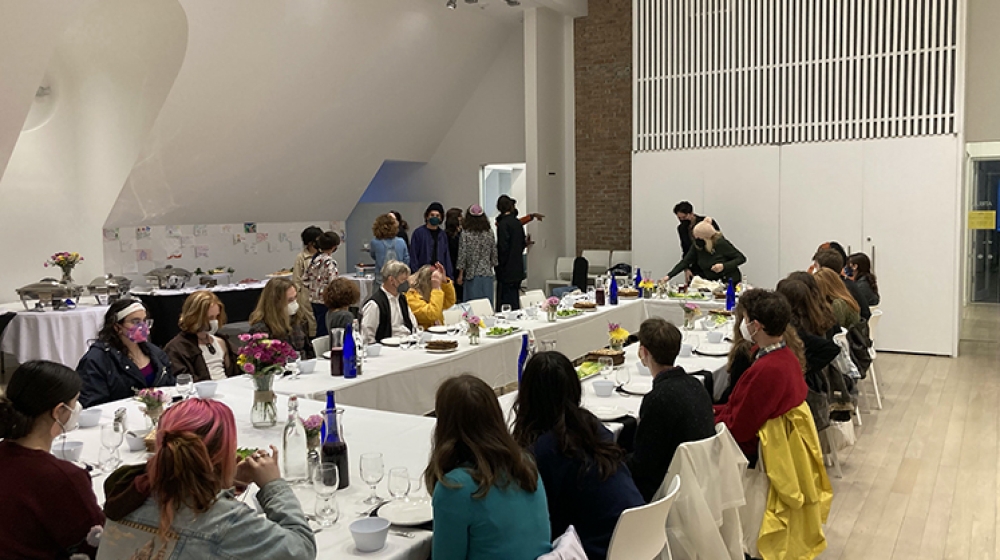 Faculty member Joseph Alpar led the Seder, which was organized by Xiomara Giordano, Associate Director of the Office of Diversity, Equity, and Inclusion.

In addition to providing the symbolic foods used throughout the meal, Chef Steve Bohrer and the Dining Services team created a delicious Passover dinner. During a traditional Passover meal, grain-based leavened foods are omitted to commemorate the short notice with which the ancient Israelites fled Egypt—leaving before the grain had risen for their bread.

Passover is an annual eight-day Jewish celebration that remembers the freeing of the Israelites from Egyptian slavery, as told in the biblical book of Exodus. The holiday is recounted during two Seder meals, which involve the orderly retelling of the Passover story through symbolic food, wine, song, and ritual.

Bennington's first formal Passover Seder offered the College's community a chance to honor this story of the Jewish people, inviting Jewish and non-Jewish guests alike to “let all those who are hungry come and eat.”