Bennington College is pleased to announce the following promotions and staffing at the Bennington Writing Seminars.

Mark Wunderlich has been promoted to Executive Director of the Bennington Writing Seminars. He will oversee fundraising initiatives and donor engagement; new curriculum and academic development; faculty hiring; and programming for the new Literature House on campus. 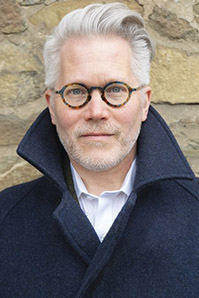 Wunderlich is the author of four books of poems, the most recent of which is God of Nothingness, published by Graywolf Press in 2021. His other books include The Earth Avails, which received the Rilke Prize, Voluntary Servitude, and The Anchorage, which received the Lambda Literary Award. He has received fellowships from the Guggenheim Foundation, the NEA, Massachusetts Cultural Council, Civitella Ranieri Foundation, the Amy Lowell Trust, and he has been a Wallace Stegner Fellow and held two fellowships at the Fine Arts Work Center in Provincetown, where he now serves as Chair of the Writing Committee. His poems, essays, reviews and interviews have appeared in The New Yorker, The Nation, The New Republic, The New York Times Magazine, Poetry, The Paris Review, and elsewhere, and his poems are widely anthologized. Since 2003, he has taught writing and literature at Bennington College, where he became the Director of the Writing Seminars in 2017. He holds a BA in German Literature and English from the University of Wisconsin, and an MFA in Poetry from Columbia University School of the Arts.

Megan Culhane Galbraith MFA '15 has been promoted to Director of the Bennington Writing Seminars. She will oversee residency programming; admissions; serves as academic advisor; administers various fellowships and will assist with donor engagement and fundraising. She has been the associate director since 2017 and is an alumna in nonfiction. 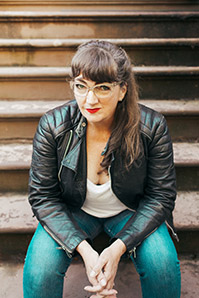 Culhane Galbraith is a writer, visual artist, and adoptee. Her debut The Guild of the Infant Saviour: An Adopted Child's Memory Book was published by Mad Creek Books in 2021. Her work was Notable in Best American Essays 2021 and 2017 and recognized by Poets & Writers "5 Over 50."She is the 2022 Writer-in-Residence at Adoptees ON. Her essays, interviews, reviews, and art have appeared in BOMB, The Believer, HYPERALLERGIC!, ZZYZYVA, Tupelo Quarterly, Longreads, Hotel Amerika, and Catapult, among others. She is the founding director of the GIV Young Writers Institute.

Craig Morgan Teicher has been appointed Director of Special Projects. Teicher will be working on various digital initiatives, including online programming for enrolled students, alumni, and the general public; curriculum development; the development of new academic programs; audience development; newsletters and other outreach; and new media projects. 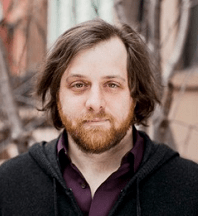 Teicher is the author of six books, including the poetry collection Welcome to Sonnetville, New Jersey, and the essay collection We Begin in Gladness: How Poets Progress.  He is also the editor of two books, Once and For All: The Best of Delmore Schwartz and Little Mr. Prose Poem: The Selected Poems of Russell Edson.  His criticism appears regularly in The New York Times Book Review and on NPR. He worked for many years at Publishers Weekly and at The Paris Review.

Mollie Hawkins MFA '23 has been selected for the role of Social Media Manager for the Bennington Writing Seminars, responsible for maintaining and growing the program’s social media presence; doing outreach to current and prospective students, alumni, and the literary community at large; and maintaining the goodnewsMFA@bennington.edu email account, at which she can be reached. Please continue to send your publication news to that email address. Hawkins will take over for Jennifer Mathy ‘17 who has grown the BWS social profile immensely over the past five years.

Hawkins is a writer and communications specialist located in the Seattle area. Her creative work has appeared in Salon, Bustle, Marie Claire, HelloGiggles, Twin Pies Literary and others. Her experience includes marketing, journalism and social media for libraries, education, ad agencies, healthcare, and entertainment publications.