Alumni News, From the President, In Memoriam

It is with great sadness that I write to share the news that Bennington trustee, alumna, benefactor and friend Penny Wilson died on February 10, 2021. She was surrounded by her loving family, to whom we send our deepest sympathies. 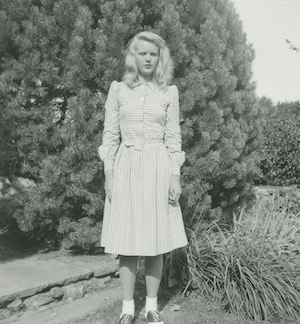 Penelope “Penny” Perkins Wilson ‘45 G’22 was born in 1923 in Bronx, NY. After graduating from Chatham Hall, she came to Bennington College in 1941 to pursue art and architecture, passions that followed her throughout her life. After Bennington, she taught art at Westtown Friends School in Pennsylvania and Union Settlement in New York.

The preservation of artful buildings and landscapes was a motivating force behind so much of what Penny dedicated her significant energies to. She played an integral role in the renovations of several historic buildings around the country; notably, she gifted the The Grand Hotel in Timber, Montana to the Montana History Foundation, where she also served on the Board and was named Philanthropist of the Year.

Penny’s architectural and cultural contributions to Bennington College are unsurpassed, as not only a generous donor but also a driver of bold ideas and a vision for the future. She joined the Board of Trustees in 1986, but she had been engaged as a supporter and advisor long before that. Penny was especially passionate about creating a campus that would inspire and elevate the student experience through thoughtful design. She told Bennington Magazine in 2006, “The campus is the first manifestation of Bennington’s mission. It provides the visual impression of this special place.”

Penny was a chief visionary and benefactor of the restoration of Commons, the most ambitious architectural project in the College’s history and a physical embodiment of the dynamic, collaborative, and forward-thinking philosophy that Bennington College was founded on. In 2017, under a bright sky and surrounded by friends, the Commons Wolery Terrace was named in her honor.

In 2005, Penny was awarded the Hudas Schwartz Liff ’47 Award for her extraordinary service to the College, but her tireless volunteerism extended far beyond the Bennington campus. Over several decades, she served as a chairperson of the board of trustees for Moore College of Art & Design in Philadelphia; as vice chairman of the board of the Glynwood Center in New York; as a board member at Chatham Hall in Virginia; and in her home state of Philadelphia, she served on the boards of the Chester County Hospital, Chester County Art Association, and the Open Land Conservancy of Chester County.

Penelope Perkins Wilson was mother to five daughters, grandmother to fourteen, and great-grandmother to seventeen. The reach of her creativity, wit, and perseverance is incalculable. Bennington College is forever changed by her presence in our community. Her memory lives on in the beautiful places she helped build and the model she set for a life well lived.

We will miss you, Penny.