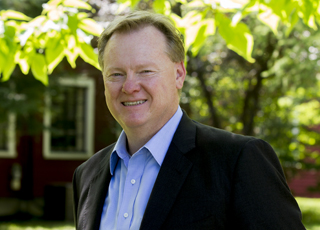 Brian Murphy joined Bennington College as vice president for finance and administration in July 2014. In his role, Murphy oversees the business operations of the college as well as the human resources and campus facilities departments.

Before coming to Bennington, Murphy worked for 18 years at Savannah College of Art and Design. After originally joining the institution as its vice president for business and finance, he became the chief operating officer of SCAD and supervised all of the administrative departments during a period of substantial growth in enrollment and reputation. Murphy was heavily involved in the successful establishment SCAD’s campuses in Atlanta, Hong Kong, and Lacoste, France and all facets of its operations. Prior to SCAD, he worked in public accounting as a CPA for two of the Big Four accounting firms (Deloitte and KPMG) as well as for a major defense/aerospace contactor. Murphy received a BS in accounting from Florida State University (summa cum laude) and his MBA from the University of Chicago.