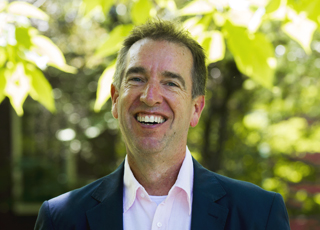 Since joining Bennington College in 1996, David Rees has served in a variety of roles including director of development, director of communications, interim director of admissions, as well as senior advisor to the president, and senior vice president for administration and planning.

Prior to Bennington, Rees worked in development and communications roles at the University of Baltimore, part of the University of Maryland system; the Levine School of Music in Washington, DC, one of the nation’s leading community schools of the arts; the New Playwrights Theatre in Washington, DC; the Studio Museum in Harlem, a New York City fine arts museum; and as a grants writer and special events associate at Carnegie Hall. Rees received a BA in literature and creative writing from Norwich University in Northfield, Vermont.