AVP for IT and CIO 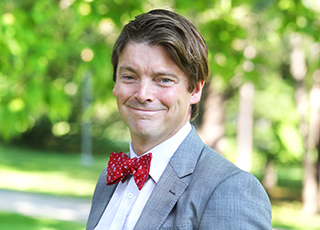 Jude Higdon is the AVP for IT and CIO. Previously, Jude worked at the convergence of technology and education at other institutions of higher learning including Minnesota State Mankato, the University of Minnesota College of Pharmacy and College of Liberal Arts, Northwestern University, the City Colleges of Chicago, Brandeis University, Harvard University, Duke University, and the University of Southern California. He has also developed online learning environments for several major not-for-profit organizations including the Planned Parenthood Federation of America, the American Red Cross, the National Wildlife Federation, and the Bill and Melinda Gates Foundation.

In his IT-related roles, and in close collaboration with stakeholders in academic affairs and student affairs, Jude has managed all aspects of IT, including business analysis, instructional design, academic technology, networking, enterprise system management (local and cloud infrastructure), web and application design and development, data warehousing, business intelligence and analytics, IT security, IT service management and operational maturity, campus procurement, IT support, and organizational assessment and transformation. Jude has taught organizational leadership and educational psychology to undergraduate and graduate student audiences, and publishes research in the field of innovation in educational technology and pedagogy. He was a PI on a Gates Foundation-funded grant for data and analytics, and the MavCLASS project resulting from this grant was named a 2016 outstanding innovation by the New Media Consortium.

In his spare time, Jude runs a data science social justice research non-profit, the Institute for the Quantitative Study of Inclusion, Diversity, and Equity (QSIDE Institute) with his husband, Dr. Chad Topaz. He is an avid yogi (Iyengar/Anusara) and a voracious consumer of horror movies.

He has received several academic and professional awards, including being recognized for outstanding service in 2013 among all employees at Minnesota State Mankato. Jude holds an Ed.D. in Educational Psychology from the University of Southern California, an Ed.M. in Technology in Education from the Harvard University Graduate School of Education, and a B.S. in Political Science from Northwestern University.