Senior Advisor to the President for Philanthropy and Partnerships 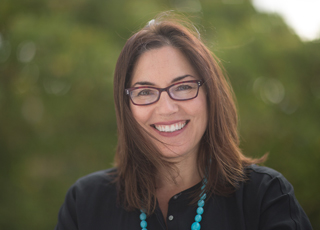 Paige Bartels joined Bennington College in 2004 and directed the advancement and alumni relations program until 2016, during which time the College received more than $133 million in gifts for transformative efforts such as the Center for the Advancement of Public Action, the student center, the renovation of Commons and the Barn, and expanding endowments for scholarships and operations.

In May 2016, Bartels was appointed to the new position of senior vice president for strategic partnerships, and was named senior vice president for strategy, philanthropy, and partnerships and secretary of the board in June 2019. She led the College’s reputational campaign, developing relationships with mission-aligned partners and stakeholders (cultural institutions, community partners, foundations, trustees, alumni and parents) to expand the College’s network and deepen the culture of philanthropy, engagement, and innovation within that network. She established Art for Access and led the creation of the foundation fellowship model that expands access to field work term experiences in a range of fields. Bartels held these roles until January 2021.

Bartels now advises the president and board on philanthropic strategy at the highest level and directs the Art for Access program.

Bartels has worked for more than 30 years in nonprofit leadership roles. She started her advancement career as part of the first team to staff the University of Oxford’s North American development office; led the fundraising and public relations efforts at Homes for the Homeless in New York City and served for eight years as the deputy director of the Jack S. Blanton Museum of Art at The University of Texas at Austin, where she directed the $100 million fundraising campaign to build a new museum facility as well as directed communications and membership programs.