Associate Director of the Center for the Advancement of Public Action

David Bond teaches on the environment and public action. Trained as an anthropologist, Bond studies oil spills and their imprint on environmental science and governance. His work shows how toxic disruptions can fix vital relations with new forms of knowledge and care.

Bond is a cultural anthropologist whose research focuses on the scientific measurement and political management of the disastrous qualities of crude oil. He has conducted ethnographic research on leaky refineries in the Caribbean, on the figure of the Keystone XL Pipeline, corporate social responsibility in the tar sands of Alberta, and the scientific and political response to the BP Oil Spill. Bond is currently working on three projects: a critical history of the category of the environment; a collaborative ethnography on the ends of oil in northern Alaska; and a community engaged response to the discovery of the chemical PFOA in Bennington, VT and Hoosick Falls, NY. His research has been supported by Wenner Gren, the American Council of Learned Societies (ACLS), and the National Science Foundation; his publications have appeared in Anthropology Now, Cultural Anthropology, and American Ethnologist. Bond holds a PhD in Anthropology from the New School for Social Research. He has taught on the environment and public action at Bennington since 2013 and is the associate director of the Elizabeth Coleman Center for the Advancement of Public Action (CAPA). He is also co-founder of the Bennington College Prison Education Initiative.

For the academic year Fall 18 – Spring 19, Bond was a Member in the School of Social Science at the Institute for Advanced Study in Princeton, NJ.

Environment: A Disastrous History of the Hydrocarbon Present

The Ends of Oil: Nature and Culture in a Changing Alaska

David Bond. 2022. Negative Ecologies: Fossil Fuels and the Discovery of the Environment (University of California Press).

So much of what we know of clean water, clean air, and now a stable climate rests on how fossil fuels first disrupted them. Negative Ecologies is a bold reappraisal of the outsized role fossil fuels have played in making the environment visible, factual, and politically operable in North America.

David Bond. 2022. "Anthropology in an Age of Upheaval: Reflections on Environmental Justice in the American Empire of Oil," Anthropologia Pubblica, 8(1): pp. 157-82.

Daniel Aldana Cohen and David Bond. 2022. "Towards a Theory of Climate Praxis: Confronting Climate Change in a World of Struggle," in Crisis Under Critique, eds. Didier Fassin and Axel Honneth. Columbia UP): pp. 271-292.

David Bond. 2021. "Forever Chemicals and the Contamination Crisis in the US," Interview on KALW, San Francisco (Nov 1).

David Bond. 2021. "Are We Being Kept Safe From 'Forever Chemicals' Being Injected at Fracking Sites?" The Guardian (July 21).

David Bond. 2021. “The US Military is Poisoning Communities across the US with Toxic Chemicals,” The Guardian (Mar 25). 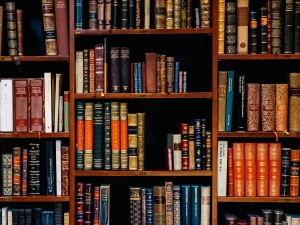 Bennington Books Gift Guide for 2022 (and Beyond!) 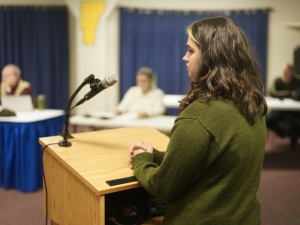