Elena Demyanenko is a Russian/American dance artist, choreographer, improviser, maker of dance films, and educator who lives and works between New York City, Vermont, and Moscow, Russia. Demyanenko has extensive professional performance and choreographic experience in a multicultural context from 30 years of touring around the world and is a former member of Stephen Petronio Company and Trisha Brown Dance Company.
edemyanenko@bennington.edu
elenademyanenko.com

Demyanenko is a Russian/American dance artist, choreographer, improviser, maker of dance films, and educator who lives and works between New York City, Vermont, and Moscow, Russia. She has extensive professional performance and choreographic experience in a multicultural context from 30 years of touring around the world. Demyanenko was a member of Stephen Petronio Company from 2003–2008, then a member of Trisha Brown Dance Company from 2009–2012. She has made dances with video artist Erika Mijlin and Mariam Ghani, dance artists Joseph Poulson, Dai Jen, Pavel Zustiak, Lindsey Dietz Marchant, Kota Yamasaki, and Jimena Paz. Her recent choreographic trio welter was premiered at Roulette Intermedium (NY) in 2021 and multimedia project, echo/archive, was premiered at EMPAC (Experimental Media and Performing Arts Center, Troy, NY). Blue Room, commissioned by New York Live Arts, was described in The New York Times as “luxurious” and “eloquently meticulous” (Kourlas). She performed in Martha Clarke’s production of Garden of Earthly Delights at Minetta Lane Theater and was a guest artist in Continuous Replay with Bill T. Jones/Arnie Zane Company. Demyanenko is currently developing a new work titled statuesque dismount.

Performing both nationally and internationally, she has been inventing “impossible” scores/interferences in order to un-censor the body as well as further explore the interconnectivity and recomposition of the postmodern human condition.

“My deep commitment to remaining engaged with the constantly evolving field of dance informs and motivates all aspects of my professional work. My research inquiry into performance in general and pedagogical approaches in particular explores ways to activate the imagination and the decision-making process to unleash new pattern
formations and modes of seeing.”

Demyanenko's live performance works have been shown at many performance venues including Baryshnikov Art Center (New York), Danspace Project (New York), Roulette Intermedium (Brooklyn), EMPAC (Troy, NY), Garage (Moscow), Movement Research at Judson Church, Dance New Amsterdam, and Dixon Place, and at the Architecture of Movement Festival in Yaroslavl, Russia. As a maker of dance films, Demyanenko was the recipient of a Dance Movies Commission by EMPAC and was nominated for the Dance on Camera Jury Prize for her work on kino-eye.

Demyanenko was a visiting faculty member for Fall 2013 and then joined the Bennington faculty in Fall 2014. She received her MFA in Dance from Bennington in 2022. 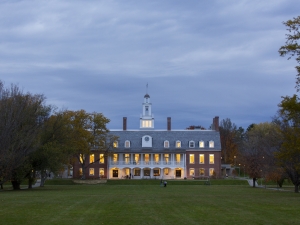 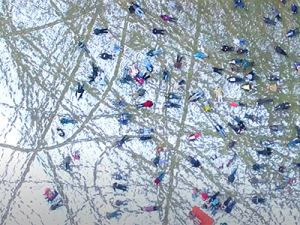 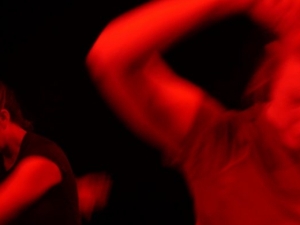