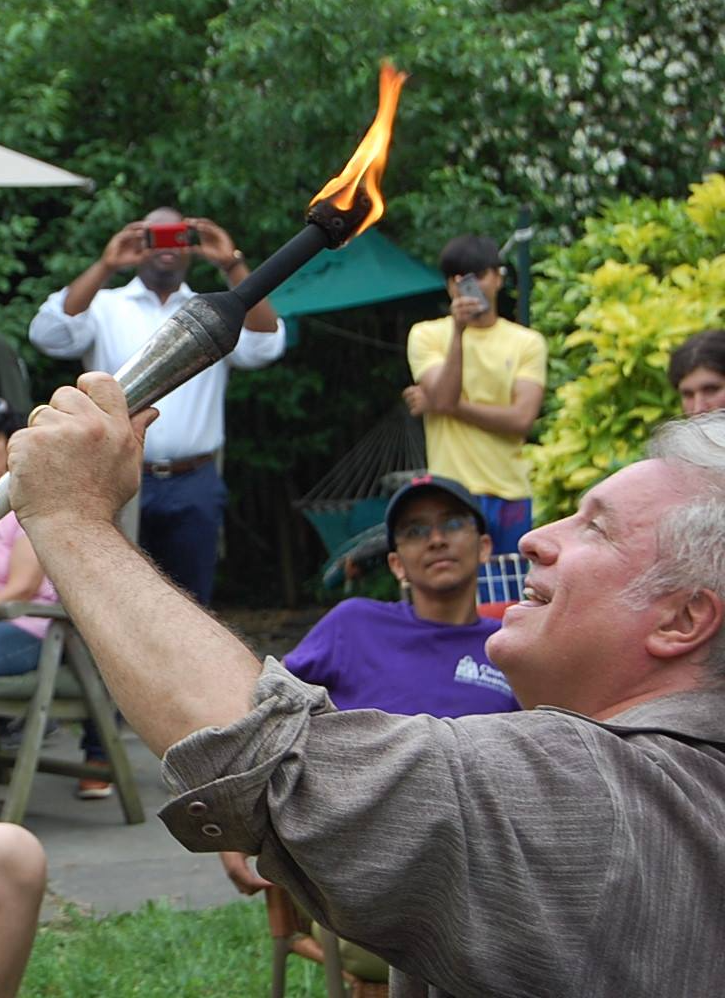 At 11 years old, Nathan began doing a magic and juggling show on Telegraph Avenue in Berkeley, California. By age 13, he had figured out that the real money was on Fishermans Wharf across the bay in San Francisco. In the evenings he took acting classes at the American Conservatory Theater’s Young Conservatory. He continued working the stages along the SF strip and the Renaissance Fair through high school. In college, Nathan studied Theater and Econ at Bennington and worked as part of the Personal Mime Theater.

He has spent the last 27 years as Creative Content Manager/Editor at McCann Erickson Worldwide where he has garnered awards from SXSW, The Andys, Webbys, Reggies, as well as Bronze and Gold Lions from Cannes. But he never stopped doing magic and putting fire in his mouth. Over the last few decades, billing himself as the “Magician With Issues”, he has designed political theme related shows. For instance, one show was for the Unicef TAP program and was all about water. Another, The Cop Show, is designed to get teens and Police officers to connect with each other. He does about 30 shows a year and mostly does not burn himself.