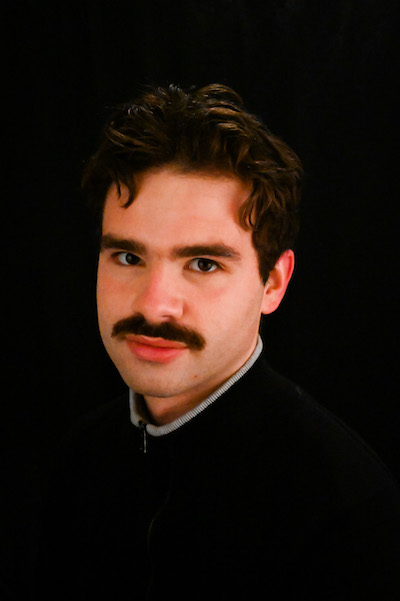 DANIEL COELHO graduated from Bennington College in 2019 with a concentration in foreign language and acting. He participated in the 24 Hour Plays his very first semester as a freshman. Beginning with his high school days touring around New Jersey with the Paper Mill Playhouse Show Choir, the performing arts has always been a key interest. At Bennington, Daniel acted in both faculty and student productions, most notably as Demetrius in A Midsummer Night’s Dream (2015); Victor in Dryland (2016); Charles in East Coast Curriculum (2017); Paul in Sunrise Highway (2018); and as Boy in Your Hands Feel Heavy in my Pockets (2019). He has also participated in several scene study classes and student film projects. In 2018, during his senior year Field Work Term, Daniel completed an acting-for-film intensive in São Paulo, Brazil at the Escola de Atores Wolf Maya. Following undergrad, he is now a graduate student at New York University’s Institute of French Studies. He teaches French and Portuguese over Zoom.