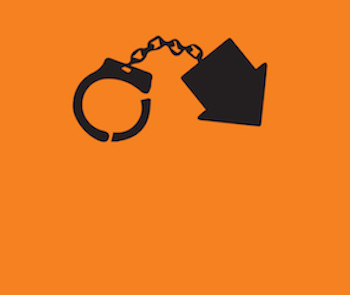 The United States leads the world in prisoners. The incarceration rate has grown by 500 percent over the last 40 years, driven by the war on drugs, mandatory minimums, and other policies. The drain on budgets has grown along with the prison population.

“Everybody recognizes the current incarceration system doesn’t work, and it is far too expensive,” said Bennington College faculty member Annabel Davis-Goff, who has worked on the overlapping issues of homelessness and incarceration for more than 30 years and who is leading the development of related courses at the College. “This is a bipartisan understanding.”

In response to the growing problem, Bennington College launched an initiative on justice in spring 2014 at the Center for the Advancement of Public Action (CAPA). The kickoff event was a lecture by Glenn Martin of JustLeadershipUSA, followed by a conference in October with leading advocates, providers, academics, and institutes. In the spirit of CAPA, this initiative invites students to incorporate incarceration—one of the country’s most pressing problems—into their work at Bennington and beyond. New courses, on-campus events, Field Work Term placements, and summer internships aim to give students the experiences and skills they need to address this complex system on multiple levels.

“You have to address every aspect of the problem,” said Davis-Goff, who is chair of the board of Housing+Solutions, a nonprofit that provides community-based transitional and permanent housing with supportive services for formerly homeless women. “It’s no good just giving a woman housing if she’s mentally ill or if she has an addiction or if she’s unemployed. You have to look at the whole problem and provide the services that allow people to get out of the system, be it either homelessness or incarceration.”

Davis-Goff brought this work to Bennington because she knows first-hand the power of such a multifaceted approach. In 2008, in partnership with the Brooklyn District Attorney’s office—which was concerned about the spiking number of incarcerated women and the associated damage to their children and communities—Housing+Solutions opened the Drew House: the nation’s first family alternative to an incarceration program.

This new model keeps families together. Targeting mothers offers a way to break the cycles of incarceration, including generational. Women in prison are more likely to be homeless, to suffer from substance abuse, mental illness, and victimization than their male peers in prison or their female peers in the community. Their children are more likely to suffer from mental health issues, to struggle in school, and to later be involved in the criminal justice system.

The Drew House program allows women charged with felony offences often related to substance abuse, mental illness, or unsafe domestic situations to fulfill the court’s mandates while living with their children. Women pay a portion of their rent and receive support, including substance abuse treatment, family counseling, and job training. And there’s more. To prevent the barriers to work, housing, healthcare, and other services in the future, the women’s felony charges are expunged after they complete the program.

The Department of Justice’s National Resource Center on Justice-Involved Women cited the Drew House as an “Innovator.” A recent independent study found that not only did their children’s school performance improve, there was no recidivism following completion of the program. The primary recommendation of the independent evaluation was to “scale up and replicate.” Add to that, this is not only an effective program in helping mothers and their children rebuild their lives, it’s also dramatically cheaper than incarceration. The Drew House costs approximately $34,000 a year per woman, which is paid for through grants, rent, and private donations. To incarcerate a woman and put two children in foster care costs the state more than $127,000 a year, not including future costs associated with damage done by incarceration.

In spite of substantial barriers, there is overwhelming public support for reducing the rate of incarceration, including shifting non-violent offenders from prison to more effective, less expensive alternatives, according to a 2012 poll by Public Opinion Strategies and the Mellman Group.

“Over the last 40 years, we’ve made a decision as a society that we’re going to deal with a range of health issues [like addiction and mental illness] through the criminal justice system for particular populations,” said Gabriel Sayegh of the Drug Policy Alliance at the Incarceration in America conference at Bennington in October.

But, little by little, that is changing.

Wisconsin had a pilot program that used problem-solving courts and other programs to keep low-risk drug and alcohol offenders out of prison. When the legislature proposed an expansion of the program, Human Impact Partners, a public health nonprofit, conducted a health impact assessment (HIA) to predict the outcome of the policy change.

The findings shocked even the researchers.

“We were surprised to find that so many public health and safety outcomes were improved by making it possible for more people to stay out of prison,” said lead author Kim Gilhuly, who spoke on an Incarceration and Public Health panel at Bennington’s Incarceration in America conference.

The HIA found that expanding alternatives to incarceration would reduce crime, lower recidivism, and strengthen families by keeping up to 1,600 parents a year out of prison each year. The state would also save up to $2 for every dollar spent on alternative treatment programs.

After hearing the results, the legislature quadrupled funding for the program.

While Wisconsin was a success, not all programs are created equal. As incarceration rates are beginning to inch down, the private prison industry has shifted its focus to alternatives, such as probation. In a model termed “offender-funded justice,” people on probation are increasingly required to pay for government services, court administrative expenses, and fees to the for-profit company that oversees the payments.

“When you inject a profit motive into the criminal-justice system, you’re opening it up to corruption and abuse,” said Alabama state judge Tommy Nail, as quoted in The New Yorker article “Get Out of Jail, Inc.” by Sarah Stillman.

“The for-profit prison industry is now gouging the poor by charging fees, fines, interest for being on probation,” said Davis-Goff. “It’s essentially an extortion scheme.”

While these and other barriers remain, when it comes to addressing the issue of mass incarceration, momentum is building. Housing+Solutions, along with other creative pilot measures, is pointing to more meaningful and effective alternatives—pathways that Davis-Goff will continue to explore with students this spring in class and by hosting another conference: well-timed investigations for several students who will return from Field Work Terms in research, fundraising, investigative reporting, and legal aid addressing the crisis.