Ann Goldstein ’71 is in the unusual position of being both the translator and the public face of the secretive, critically acclaimed author Elena Ferrante—making her a rock star of the translation world. Her translations of Ferrante’s Neapolitan series have sold more than a million copies worldwide, making her one of the most sought-after translators of Italian literature.

In addition to Ferrante’s novels, Goldstein has translated works by writers such as Primo Levi, Pier Paolo Pasolini, and Jhumpa Lahiri, and edited The Complete Works of Primo Levi. She has received fellowships from the American Academy in Rome, the Guggenheim Foundation, and received the PEN Renato Poggioli Translation Award. In 2016, her translation of Ferrante’s The Story of a Lost Child was shortlisted for the Man Booker Prize honoring international novels in translation.

Alongside her career in translation, Goldstein is an editor at The New Yorker, and before that was on staff at Esquire magazine. 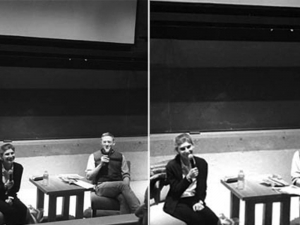