After receiving her BA in literature at Bennington College under the guidance of Bernard Malamud and her MFA in Writing at Syracuse University, Arlene Heyman taught literature for five years at community colleges and then went to University of Pennsylvania medical school. She did her residency in psychiatry and graduated from the New York Psychoanalytic Institute.  While maintaining a private practice in New York, she continued to publish short stories in a variety of journals, including The New American Review and Epoch magazine.  During these years, Heyman won Woodrow Wilson, Fulbright, Rockefeller, and Robert Wood Johnson fellowships.

In 2016, at age 74, she published Scary Old Sex, a collection of short stories, two of which address intimacy between older adults. The book has received universal praise and wide attention. The New York Times, The New Yorker, Vogue, The Guardian, and a host of other publications and programs have reviewed it favorably, and Heyman has been interviewed by Terry Gross on Fresh Air, by BBC’s Woman’s Hour, and by radio programs originating in Canada, New Zealand, and Australia. In 2017, Scary Old Sex will be translated into Dutch, French, Italian, Spanish, Catalan, Chinese, Taiwanese, and it is coming out as a recorded book. 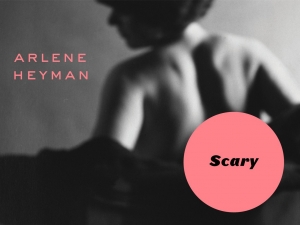