Ben Underwood became convinced, while he was a student in public action at Bennington, that addressing climate change would be imperative to his future. In 2012, during a Field Work Term placement, the Nepali social entrepreneur Anil Chitrakar introduced Underwood to biogas infrastructure, which converts organic waste into clean energy and fertilizer.

Upon graduating, Underwood won a Davis Projects for Peace grant, moved to Kathmandu, and developed five urban biogas projects. Next, he founded the development company Ripe and went to China as a Fulbright scholar. In Kunming, he researched the financial and institutional underpinnings of a project to convert seven universities’ food waste into fuel for public buses. He has been profiled by China Hands magazine as one of their “25 under 25” rising stars in U.S.–China relations. 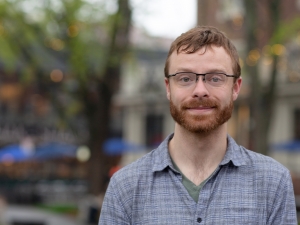