On May 15–16, Bennington held the second conference in its Incarceration in America series: Effecting Change. Taking place at the College’s Center for the Advancement of Public Action, the conference included panelists who discussed recent innovative and effective programs that contribute to the reform of America’s flawed incarceration and criminal justice system.

Richard Cassidy has practiced law in Vermont since 1980. He served as a judicial law clerk at the Vermont Supreme Court for the years 1978–80. His practice focuses on civil litigation, and in particular on personal injury, labor and employment, and commercial cases. He also works as a mediator and arbitrator. Mr. Cassidy has represented Vermont in Uniform Law Commission since his appointment by Governor Howard Dean in 1994. He suggested that the ULC draft the Uniform Collateral Consequences of Conviction Act, and chaired the Commission’s Study and Drafting Committees. In 2010, he testified on collateral consequences before the U.S. House Judiciary Committee Subcommittee on Crime, Terrorism, and Homeland Security. He is the president of the Collateral Consequences Resource Center.

Thomas J. Donovan was elected Chittenden County State’s Attorney in 2006 and reelected in 2010 and 2014. In 2010, Mr. Donovan started the Rapid Intervention Community Court (“RICC”), an award-winning criminal justice program available to non-violent offenders whose crimes have been driven by addiction or mental illness. He is co-chair for Governor Peter Shumlin’s Criminal Justice and Substance Abuse Cabinet. Prior to being elected, Mr. Donovan was an associate in the Burlington law firm of Jarvis & Kaplan, where he specialized in civil litigation and criminal defense work. Mr. Donovan started his career as an assistant district attorney in Philadelphia, PA, before returning to Vermont to work as a deputy state’s attorney in the office he now leads.

Emily Galvin received her J.D. from Stanford Law School, where she received the Deborah L. Rhode Public Interest Award and awards for outstanding performance in both Criminal Law and the Advanced Criminal Defense Clinic. Before joining The Bronx Defenders, she was a staff attorney for the Stanford Three Strikes Project, representing individuals who were sentenced to life in prison for non-violent felony offenses. Immediately after graduating law school, she joined the Santa Clara County Office of the Public Defender as a Stanford Criminal Defense Fellow, representing indigent clients in pre-trial proceedings, hearings, and jury trials. During her time at Stanford, Ms. Galvin worked in both the Los Angeles County Office of the Public Defender and the litigation section of Kirkland and Ellis, LLP.

Peter Goldberg is the executive director and a founding board member of the Brooklyn Community Bail Fund (BCBF), a nonprofit organization dedicated to ensuring the right to a fair trial for low-income New Yorkers. BCBF pays bail so that low-income individuals accused of petty crimes can defend themselves from a position of freedom, keeping Brooklyn families together, productive, and stable. A graduate of the University of Michigan Law School, Mr. Goldberg has worked at Cleary Gottlieb Steen & Hamilton and Lawyers Alliance for New York. Now an expert in the sector, he assists others in forming charitable bail organizations.

Mark Hale has been a prosecutor in the Kings County (Brooklyn, New York) District Attorney’s Office since 1983. In 2014, Mr. Hale was appointed chief of the office’s newly formed Conviction Review Unit. For 25 years prior to his current assignment, Mr. Hale worked as a trial assistant and supervisor in the office’s Homicide Bureau. He was at the forefront of the use of forensic DNA in criminal prosecutions and tried the first New York State multi-defendant case, which utilized three juries simultaneously. Mr. Hale is the recipient of the 2014 Thomas E. Dewey Medal presented by the New York City Bar Association for outstanding achievement by a Brooklyn assistant district attorney.

Ann-Marie Louison is currently the co-director of Adult Behavioral Health Programs at CASES in New York City. She joined CASES in 1999 as the co-founder of the Nathaniel Project, which was the first alternative-to-incarceration program in New York City serving adults with serious mental illness convicted of felony crimes in the Manhattan Supreme Court. Ms. Louison oversees alternatives to incarceration programs and a new outpatient mental health clinic created for individuals with mental illness and criminal justice involvement. She was a social worker at the New York State Office of Mental Health’s Manhattan Psychiatric Center before she joined CASES, and also worked as a probation officer in her native England.

Margaret Love practices law in Washington, D.C., representing clients seeking  executive clemency and restoration of rights. She has written extensively about presidential pardons and the collateral consequences of a criminal conviction, and has participated in a number of law reform efforts to manage collateral consequences as an aspect of the sentencing process. She is executive director of the Collateral Consequences Resource Center, and co-author of a treatise on collateral consequences. She keeps current a state-by-state survey of relief mechanisms, and from 2011–2013 directed the NIJ-funded collateral consequences inventory project. Earlier in her career, Ms. Love served in the U.S. Justice Department for 20 years, including 8 years as U.S. pardon attorney.

Glenn E. Martin is the founder and president of JustLeadershipUSA, an organization that aims to cut the U.S. correctional population in half by 2030 by elevating and amplifying the voice of people most impacted by crime and incarceration and positioning them as informed, empowered reform partners. Mr. Martin is co-founder of the Education Inside Out Coalition (EIO Coalition) and the David Rothenberg Center for Public Policy. He is a 2011–2012 America’s Leaders of Change National Urban Fellow and a member of the Boards of the College and Community Fellowship and Prisoners Legal Services. He currently serves on a number of New York City and State boards, and has often served as a re-entry and criminal justice policy reform expert on MSNBC, Fox News, CNN, and local media outlets.

Jud McMillin was elected to the Indiana House of Representatives in 2010 and has since risen through the ranks of leadership, being appointed chairman for the Courts and Criminal Code Committee as a sophomore legislator, as well as being elected floor leader during the 2015 session. Some of his legislation has focused on government reduction, expungement law, and reforming Indiana’s Criminal Code. Representative McMillin received his undergraduate degree in economics from the University of Cincinnati and his law degree from the University of Mississippi.

Karen Murtagh is the executive director of Prisoners’ Legal Services of New York (PLS), a nonprofit legal services organization that provides civil legal services to indigent inmates in New York State correctional facilities. She has tried cases in both the Court of Claims and Federal Court and has argued numerous cases before New York State courts, including the New York Court of Appeals and successfully as amicus before the U.S. Supreme Court. Ms. Murtagh has worked as a staff attorney, managing attorney, director of litigation, and deputy director for PLS. She has served on the faculty of Albany Law School as an adjunct professor, conducts an annual training for CUNY law students in the Criminal Defense Clinic, and is also an advisor to the NYS Bar Association’s Immigration Committee.

Matt Nelson joined the ColorOfChange.org campaign staff in the spring of 2010 and serves as the organizing director, leading the organization’s criminal justice and local organizing work. As a campaign strategist, organizer, and communications expert, Mr. Nelson has trained and mentored hundreds of community leaders and organizers around the country, and has started four successful small businesses that promote alternative economic structures, including the first fair trade, worker collective café in Milwaukee, WI. While in Milwaukee, Mr. Nelson opened and ran a legal clinic that focused on tenant rights and police accountability.

Vivian Nixon is executive director of College and Community Fellowship (CCF), an organization committed to removing individual and structural barriers to higher education for women with criminal record histories and for their families. She has received many honors and awards, including the John Jay Medal for Justice, the Ascend Fellowship at the Aspen Institute, the Soros Justice Fellowship, and the Petra Foundation Fellowship. She co-founded the Education Inside Out Coalition (EIO), a collaborative effort to increase access to higher education for justice-involved students.

Joanne Page has more than 40 years of experience in criminal justice, the last 25 of which were at the helm of the Fortune Society, a nonprofit organization that serves and advocates for formerly incarcerated men, women, and teens. The Fortune Society offers more than a dozen programs including mental health and substance abuse treatment, counseling, family services, HIV/AIDS health services, employment services, and housing. A graduate of Yale Law School, Ms. Page is a frequent speaker at conferences about criminal justice programs and issues.

Cheryl Roberts is an attorney and former local judge from Columbia County, New York. Early in her career, she served as counsel to committees in both the U.S. House of Representatives and the U.S. Senate. After leaving Capitol Hill, Ms. Roberts was a speechwriter, lobbyist, and administrator of a private elementary school. Most recently, she served as corporation counsel for the City of Hudson, special counsel to the City’s Waterfront Advisory Board, and represented the city’s local development corporation and urban renewal agency.

Cara Smith has served as director of the Cook County jail since 2013. Prior to joining the Cook County Sheriff’s office, Cara served as deputy chief of staff to the Illinois Attorney General and chief of staff and legal counsel to the Illinois Department of Corrections. She is a graduate of Loyola University School of Law and the University of Illinois.

Suzi Wizowaty founded the nonprofit Vermonters for Criminal Justice Reform (VCJR) in 2013 while serving on the Judiciary Committee of the Vermont House, to which she was elected in 2008. In 2014, after three terms in the legislature, she left to direct VCJR full time. She has worked as a bookseller, librarian, reporter, editor, humanities council program director, and adjunct faculty of creative writing, and for several decades has also led book discussions and writing workshops in Vermont prisons. Her latest of three novels, The Return of Jason Green, which addresses questions of guilt, responsibility, and redemption, was published in October 2014. 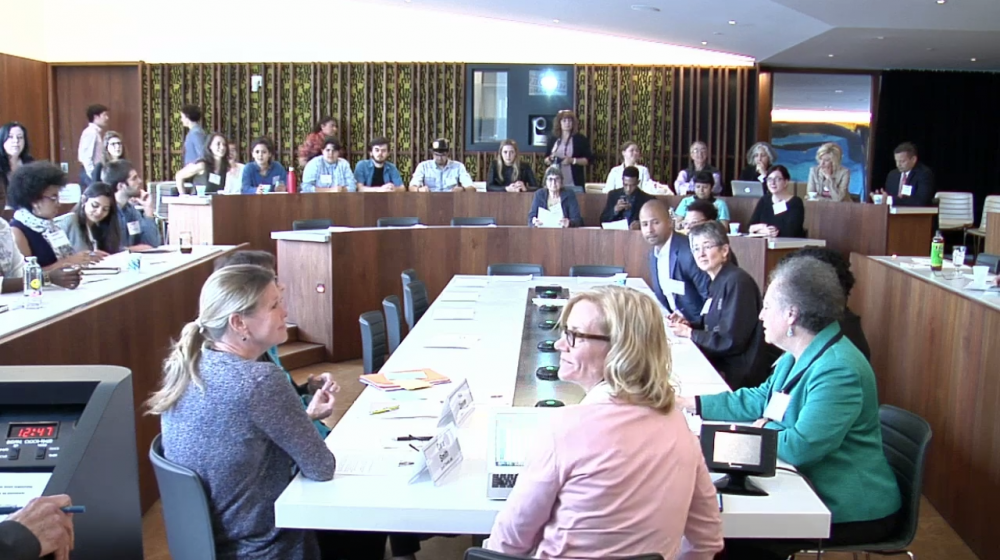 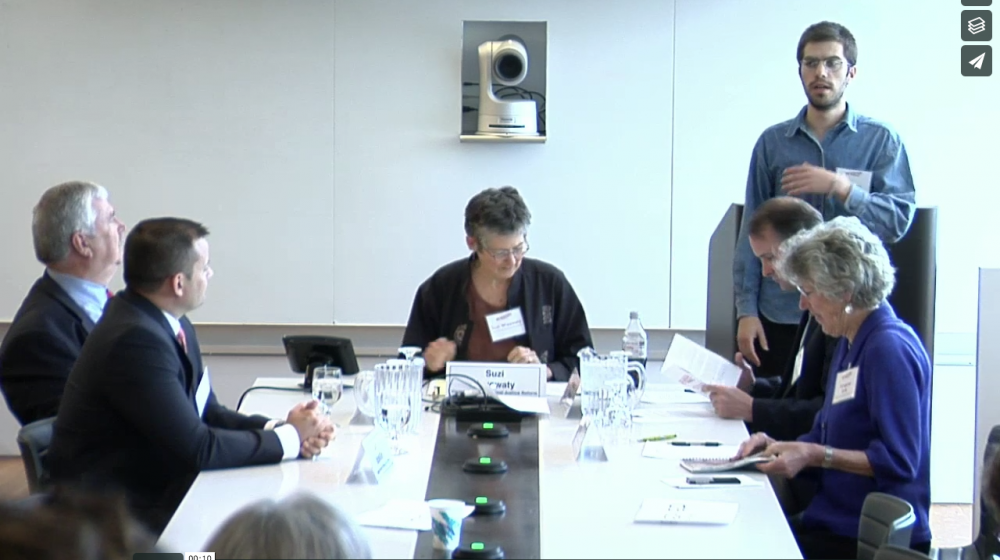 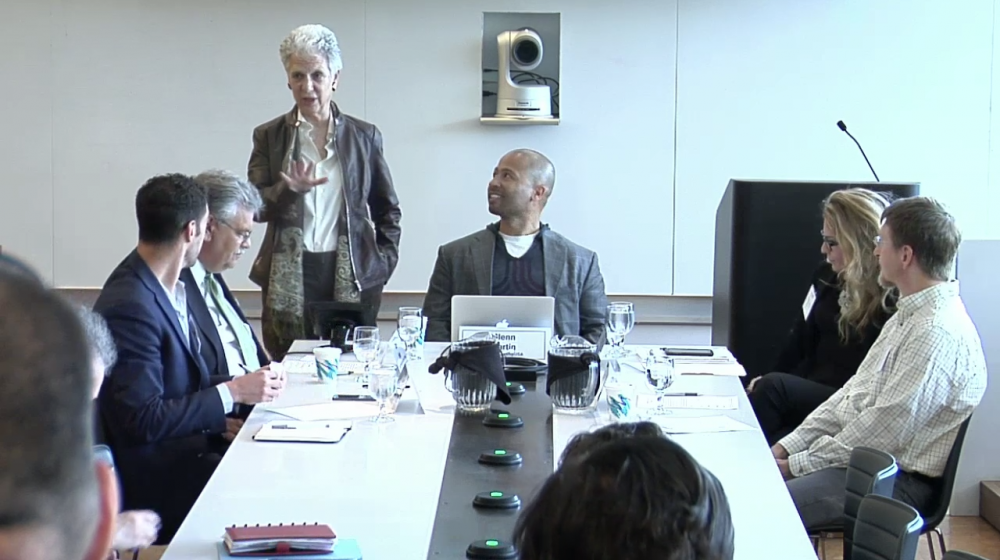 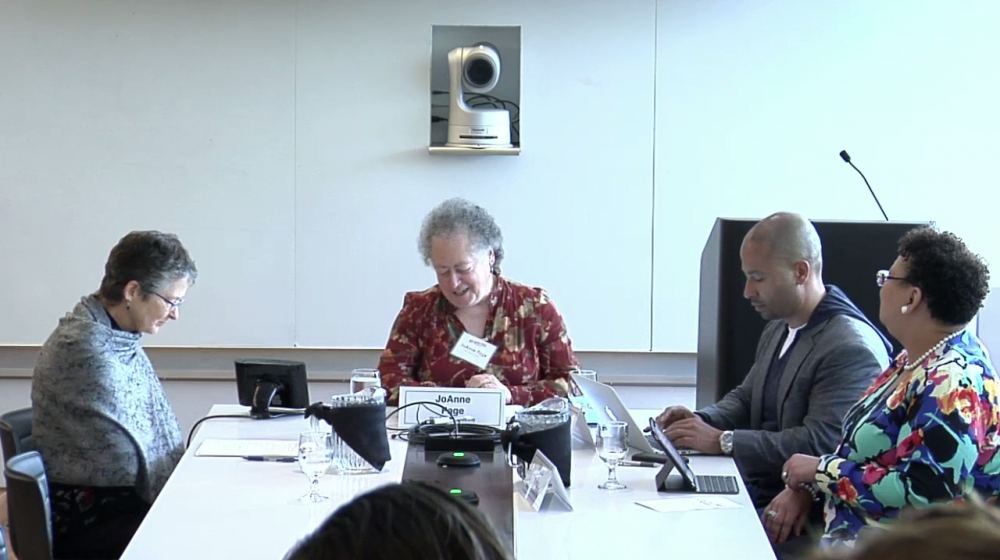