The panel will focus on efforts by Vermont lawmakers, researchers, and practitioners to move towards an evidence-based criminal justice system. Panelists will discuss the difficulties and benefits of evaluating the efficacy of practices such as probation and parole supervision in a rigorous and scientific manner, how those evaluations can inform policymakers to create alternatives that reduce recidivism and crime, and how the Vermont context can both help and hinder these collaborative efforts.

10:00 am  |  Glenn E. Martin (founder and president, JustLeadershipUSA) will interview Ronald Simpson-Bey, who served 27 years in a Michigan prison and who is now an advocate for people in prison, and John Chisholm, the prosecutor for Milwaukee County, as they challenge us to rethink, reimagine, and redefine justice in the United States.

Named after a section in Marie Gottschalk's book, Caught, panelists will discuss the dangers of public policies that Dr. Gottschalk describes as "the further demonization of people convicted of sex offenses or violent crimes in the public imagination and in the policy debate" and "the deporting of 'criminal aliens' for minor infractions or for more serious offenses committed long ago."

Suzanne Brown-McBride is the deputy director of the Council of State Governments Justice Center. She began her career working on behalf of victims of crime as a community education specialist and crisis-line advocate. Before beginning her tenure at the CSG Justice Center, she served as the executive director for two statewide victim assistance associations: the California Coalition Against Sexual Assault and the Washington Coalition of Sexual Assault Programs. As the deputy director of policy and programs, she oversees all of the Justice Center’s teams that conduct programming in the areas of corrections and reentry, behavioral health, justice reinvestment, research, and communications.

Khalil Cumberbatch is a formerly incarcerated advocate for social justice movements within the New York City area. He has worked within the reentry community since 2010 when he was released after serving almost seven years in the New York State prison system. Since his release, Khalil has worked with various non-profits as a service provider, policy analyst, advisor, board member, collaborator, and consultant. Khalil graduated from CUNY Herbert Lehman College's MSW program in May 2014 where he received the Urban Justice Award. Khalil currently serves as manager of trainings at JustLeadershipUSA and is founder and president of Kinetic Solutions, a consultant company. Khalil is also a lecturer at Columbia University School of Social Work, and he has served as policy associate at Legal Action Center and as the strategic initiatives consultant at Immigrant Defense Project. In December 2014, after being held for five months in immigrations detention, Khalil received an executive pardon from Governor Andrew Cuomo to prevent his deportation from the United States.

Kathy Fox received her Ph.D. in sociology from the University of California, Berkeley. Her research has focused on policy and social problems interventions, most recently in the area of offender reentry. She received a Fulbright Senior Scholar Award in 2013 to conduct research in New Zealand on their restorative justice and offender reentry practices. She is a professor at the University of Vermont and teaches in the areas of criminal justice and social control.

Karen Gennette Esq. is the executive director of Crime Research Group, Inc. (CRG), a non-profit organization whose mission is to provide professional research and evaluation services to the criminal justice and juvenile justice partners in Vermont. CRG also provides Statistical Analysis Center services through the Vermont Department of Public Safety. Prior to her work at CRG, she served in the Judiciary for 10 years overseeing treatment courts and other alternative programs. She is a member of the TriBranch Task Force on Justice Collaboration and the Governor’s Cabinet on Substance Abuse and Criminal Justice. Karen read the law under a program with the Vermont Supreme Court and became a lawyer in 1994.

Glenn E. Martin is the founder of JustLeadershipUSA (JLUSA), an organization dedicated to cutting the US correctional population in half by 2030. Glenn is a national leader and criminal justice reform advocate who spent six years in New York State prisons. Prior to founding JLUSA, Glenn served for seven years as vice president of public affairs at The Fortune Society, and six years as co-director of the National HIRE Network at the Legal Action Center. Glenn is cofounder of the Education from the Inside Out Coalition, a 2014 Echoing Green Fellow, a 2012 America’s Leaders of Change National Urban Fellow, and a member of the governing boards of the College and Community Fellowship, Million Hoodies, and the California Partnership for Safe Communities. Glenn also serves on Governor Cuomo’s Reentry and Reintegration Council, the advisory board of the Vera Institute’s Public Health and Mass Incarceration Initiative, and the Executive Session on Community Corrections at Harvard University, among others. In 2016, Glenn was appointed to the Independent Commission on New York City Criminal Justice and Incarceration Reform at the invitation of New York State Chief Judge Jonathan Lippman to look at the possibility of closing Rikers Island.

Senator Dick Sears has been a member of the Vermont Senate since 1993. He worked in residential programs for troubled youth for over 35 years, and was educated in Ashland, Massachusetts, New Hampton School in New Hampton, New Hampshire, and the University of Vermont in Burlington, Vermont (BA, 1966). He was a member of the Bennington Select Board from 1987 to 1993 (chairman for four years).

Ronald Simpson-Bey works as the alumni associate for JustLeadershipUSA (JLUSA). He is also a 2015 Leading with Conviction Fellow with JLUSA and a national decarceration leader committed to cutting the number of people in prison in the United States in half by 2030. Ronald is a steering team member of the newly formed Collaborative to End Mass Incarceration in Michigan (MI-CEMI) and Nation Outside. He is a cofounder and advisory board member of the Chance For Life (CFL) organization in Detroit, Michigan. Ronald served 27 years in the Michigan prison system as an engaged, thoughtful, and creative leader, founding many enrichment programs rooted in transformation, redemption, and self-accountability. Ronald was a jailhouse lawyer who got his conviction reversed by the courts and got himself out of prison. He attended Eastern Michigan University, Mott Community College, and Jackson Community College. He has worked as a staff paralegal at the former Prison Legal Services of Michigan. 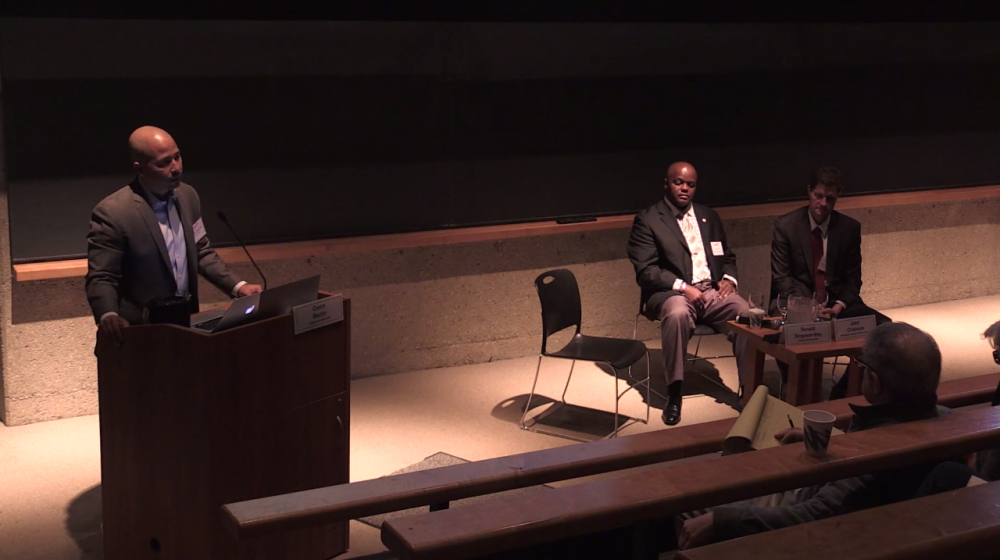 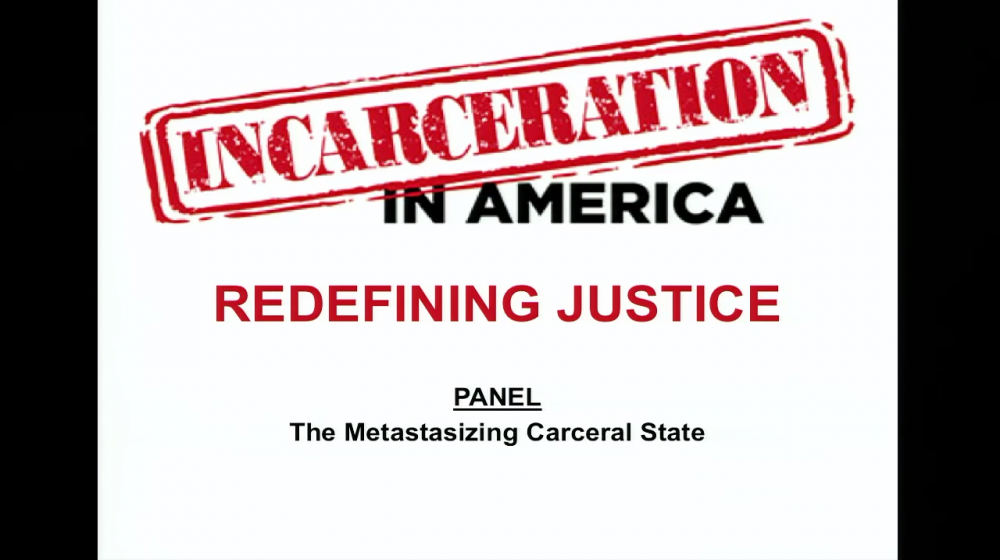