From Gover's "Art and Monuments: The Case of Trump's Border Wall":

"Monuments are inherently political in a way that other kinds of artworks are not. As the recent controversies surrounding the removal of civil war monuments has made painfully clear, monuments make a public statement about what citizens should value and remember. [...] By petitioning that the wall prototypes be preserved indefinitely as a kind of memorial to bigotry, Büchel implicates anti-immigration Trump supporters and the liberal elite art establishment under the same proposal." 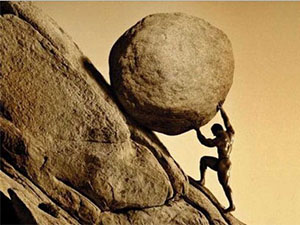 Gover's review of Scott Samuelson's Seven Ways of Looking at Pointless Suffering: What Philosophy Can Tell Us About the Hardest Mystery of All was published by Times Higher Education. Her review explores the grace and grit necessary for dealing with the problem of pointless suffering.

If meaningless suffering is constitutive of a human life, if it is inescapable and ineluctable, then we must reconcile ourselves to this fact with as much grace and resilience as possible. And yet, at the same time, we cannot simply roll over and accept suffering if and when we are able to intervene.