In a project led in part by faculty member David Bond and Dean of Research, Planning, and Assessment Zeke Bernstein, residents of Hoosick Falls and Petersburgh, NY and North Bennington, VT impacted by PFOA contamination are being urged to fill out a new community health questionnaire.

“Working with the deep knowledge community members have of their own health, this questionnaire will help give local insight the prominence it deserves in wider discussions about the impact of PFOA,” said Bond, the Associate Director of the Center for the Advancement of Public Action (CAPA) at Bennington College.

"We are so grateful to have the leadership and the support of Bennington College," said Enck.

Responding to community concerns, this questionnaire will gather information about the local incidence of six illness that previous scientific studies have linked to exposure to PFOA. Residents have until October 1st to complete the questionnaire.

“PFOA in drinking water is known to damage health and no one knows how long the residents of Hoosick Falls, Petersburgh and Bennington have been drinking contaminated water. This project is an effort to document possible health impacts from this legacy of pollution and encourage residents and regulators to be vigilant about health monitoring," commented Enck.

The questionnaire will be distributed to communities over the month of September and the results will be reported back to the community soon thereafter. The health questionnaire can be filled out online (or accessed via www.bennington.edu/PFOA by clicking on “PFOA Community Health Questionnaire”) or in paper form (available at local libraries). Members of the research team will also be in Hoosick Falls, Petersburgh, and North Bennington during September to distribute the questionnaire and help residents fill it out, as well as answer any questions.

"Many of our neighboring communities are anxious about the potential health impacts of POFA," said Zeke Bernstein, Dean of Research, Planning, and Assessment at Bennington College. "Through careful survey design and data analysis we aim to bring community health concerns into sharper empirical focus, which we hope will offer these communities a clearer path forward."

PFOA is a synthetic chemical that is persistent, mobile, and toxic. Once a major ingredient in the manufacture of high-performance plastic like Teflon, PFOA was used extensively at industrial facilities in Hoosick Falls, Petersburgh, and North Bennington.

Beginning in 2014, high levels of PFOA were detected in the public water system of Hoosick Falls and then in numerous private wells in and around Hoosick Falls, Petersburgh, and North Bennington. Water filtration systems have been installed and today New York and Vermont are moving forward with their respective remediation plans. Yet many residents still have questions about the potential long-term health impact of PFOA contamination.

"In the past year, I’ve been in hundreds of homes in Hoosick Falls, Petersburgh, and North Bennington. Residents have repeatedly expressed frustration at the toxic uncertainty that PFOA has introduced into their lives," Bond said.

“So many mothers and fathers have expressed fear and outrage that the homes they’ve labored for years to call their own may have been quietly causing harm to their families all along.”

A growing number of medical research and toxicology studies are providing new insight into PFOA, which is water-soluble, resists natural degradation, is chemically stable on the order of centuries, is readily absorbed into the body when consumed, has a half-life of 2–7 years in the human body, and accumulates in serum, kidneys, and the liver. Recent laboratory and epidemiological studies have strongly correlated exposure to PFOA with a number of adverse health effects, including developmental problems, immune disorders, reproductive harm, and kidney, bladder, and testicular cancer.

The New York State Department of Health (DOH) conducted an archival review of the NYS Cancer Registry and released a report in June 2016. This report found no significant incidence of cancer in the Village of Hoosick Falls, New York.

Noting that this questionnaire aims to supplement and extend existing understandings of the potential regional health impact of PFOA, Enck added, “Who wouldn’t want more data?”

The VTDigger, who covered the story, also released a short documentary film – Teflon Town -- on the toxic legacy of the ChemFab facility in North Bennington. Bond, and Brian Campion, newly appointed Director of Public Policy Programs at CAPA, both were featured prominently in the documentary.

Bond, along with Chemistry Faculty Janet Foley and Geology Faculty Tim Schroeder at Bennington College, have been involved in efforts to open the doors of the science classroom to this nearby environmental problem since 2015. With the support of the National Science Foundation (NSF), Bond, Foley, and Schroeder have designed and offered a new course on PFOA that was offered in Fall 2016 and Spring 2016. This course introduced students and local residents to the chemical properties, environmental pathways, and policy concerns of PFOA today. They have also conducted research into PFOA contamination in our region in conversation with community concerns.

The College has also hosted a series of town-hall style meeting with Vermont officials, sponsored a lecture series on the emerging concerns around perfluorinated compounds, and recently organized a conference on PFOA for AP science students in Massachusetts, New York, and Vermont.

Rob Allen, Mayor of Hoosick Falls, has released a video in support of the initiative, urging residents to take the survey. 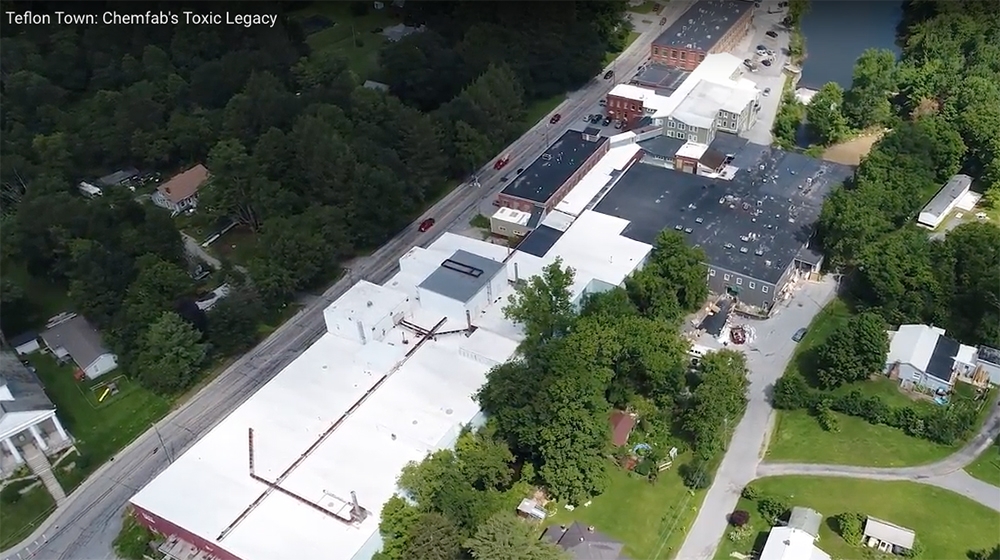 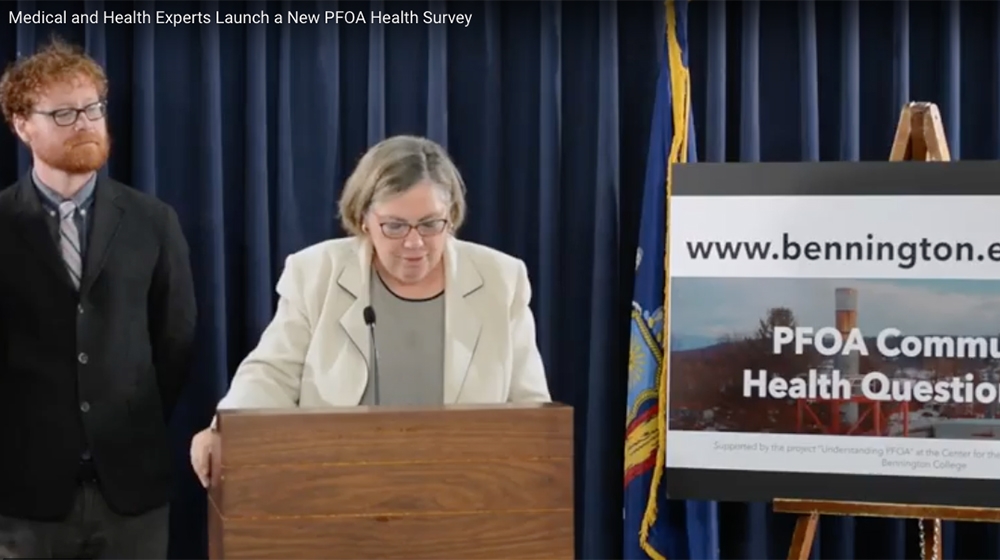