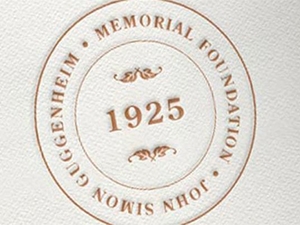 Awards were given this year to a diverse group of 175 Fellows comprising writers, scholars, artists, and scientists. Appointed on the basis of prior achievement and exceptional promise, the successful candidates were chosen from a group of almost 3,000 applicants in the Foundation’s 96th competition.

Mark Wunderlich, awarded a Poetry Fellowship, is the author of The Anchorage, which was published by the University of Massachusetts Press in 1999, and received the Lambda Literary Award, Voluntary Servitude, published in 2004 by Graywolf Press, and The Earth Avails published by Graywolf in 2014 which was a finalist for the Kingsley Tufts Award, and received the 2015 Rilke Prize. His most recent book, God of Nothingness, was published by Graywolf Press in 2021. He has received fellowships from the NEA, the Massachusetts Cultural Council, the Wallace Stegner Fellowship Program at Stanford, the Fine Arts Work Center in Provincetown, the Amy Lowell Trust and the Civitella Ranieri Foundation. His poems, interviews, reviews and translations have appeared in journals such as Slate, The Paris Review, The New York Times Magazine, Poetry, Yale Review, Fence and Tin House, and his poems are widely anthologized.  Wunderlich has taught at Stanford and Barnard College and in the graduate writing programs at Columbia University, Ohio University, San Francisco State University and Sarah Lawrence.  As an arts administrator, he has worked at the Academy of American Poets, Poetry Society of America, the University of Arizona Poetry Center, Poets & Writers and the Napa Valley Writers Conference. He holds a BA in German Literature and English from the University of Wisconsin, and an MFA from Columbia University School of the Arts. Wunderlich lives in the Hudson River Valley and has taught at Bennington since 2004. He became the director of the Bennington Writing Seminars in August 2017.

Craig Morgan Teicher, awarded a Poetry Fellowship, is the author of three books of poetry, most recently The Trembling Answers, which won the 2017 Lenore Marshall Poetry Prize from the Academy of American Poets. His collection of essays, We Begin in Gladness: How Poets Progress was published in 2018. He edited Once and For All: The Best of Delmore Schwartz. He also teaches at NYU and the New School and is director of special editorial projects for Publishers Weekly.

“I am thrilled to announce this new group of Guggenheim Fellows,” said Edward Hirsch, President of the Foundation, “especially since this has been a devastating year in so many ways. A Guggenheim Fellowship has always been meaningful, but this year we know it will be a lifeline for many of the new Fellows at a time of great hardship, a survival tool as well as a creative one.  The work supported by the Fellowship will help us understand more deeply what we are enduring individually and collectively, and it is an honor for the Foundation to help the Fellows do what they were meant to do.”

Since its establishment in 1925, the John Simon Guggenheim Memorial Foundation has granted nearly $400 million in Fellowships to over 18,000 individuals, among whom are more than 125 Nobel laureates, members of all the national academies, winners of the Pulitzer Prize, Fields Medal, Turing Award, Bancroft Prize, National Book Award, and other internationally recognized honors.

For more information on the Fellows and their projects, please visit the Foundation’s website.