Bennington College students testified to the Town of Bennington Select Board about the scourge of oil trains parked in the community. 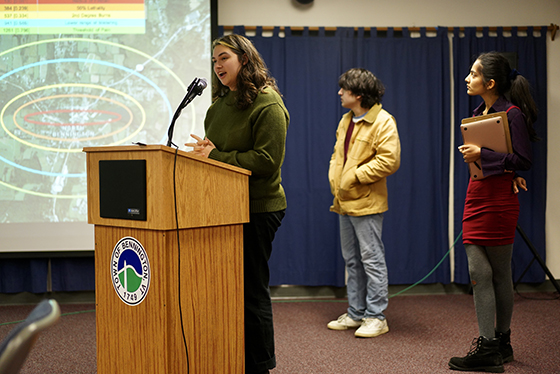 Harper provided the facts, reminding the Select Board that for the past 5 years about 100 fully loaded Liquid Petroleum Gas (LPG) tankers are parked each fall on a neglected rail line that skirts Lake Paran before snaking through Bennington neighborhoods. Left on the tracks for months, each tanker holds 33,700 gallons of highly pressurized LPG. Some tankers sit less than 75 feet from homes.

Although parked, these trains are far from inert. Harper distilled the research her class has been conducting on the LPG tankers into three points: “One, there is an inherent risk to having these trains in our community. Two, these trains do not provide any benefit to our community. And three, there are commonsense solutions to this problem that we believe can be implemented by this Board.”

Just how dangerous are these trains? EarthJustice estimates that 20 LPG tankers contain the explosive power of the Hiroshima nuclear blast. Although accidents are rare, when they do occur the results are catastrophic. And nationwide, derailments involving oil trains are on the uptick. Many advocacy groups have taken to calling these tankers “bomb trains.”

These alarming details were drawn together from research Bennington students conducted in the CAPA course Practicum in Environmental Justice, taught by David Bond. Talking to residents living near the train, scouring news coverage of and official investigations into oil train disasters, and calling their home representatives to demand better answers, students have been building an archive on the growing problem of oil trains in America. 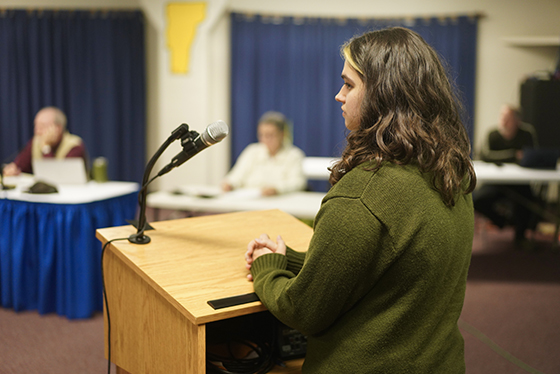 Summarizing this research, Bennington College students August Schnell ’26, Clio Riznyk ’24, and Miri Bloom ’26 published a front-page opinion essay in the Bennington Banner that laid out the case against parking the LPG trains in neighborhoods. They also spoke to residents living in the shadow of these trains on Rice Lane, and amplified their legitimate concerns. Vermont Digger reprinted the essay for a statewide audience, and the Bennington Banner covered the select board presentation. 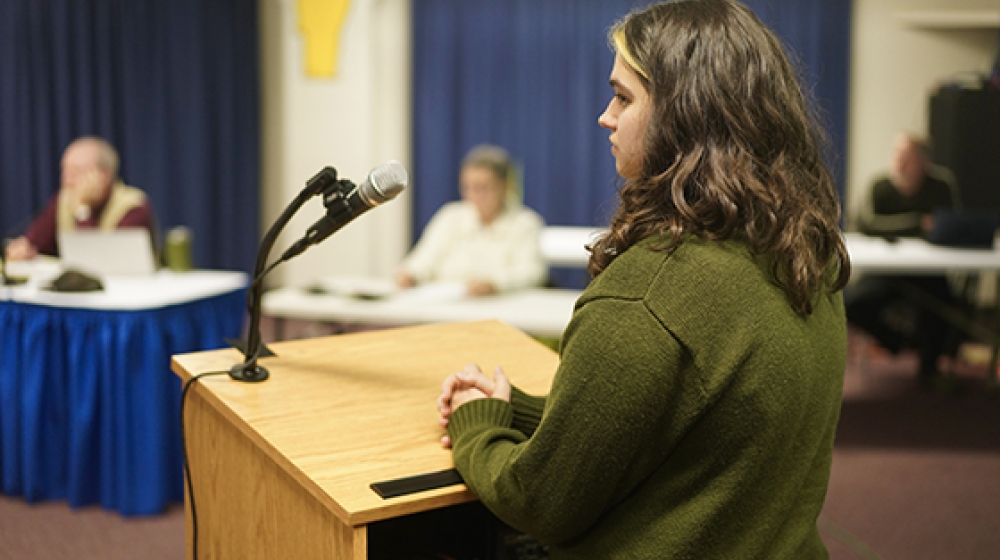 Presentation to the Select Board

Bennington College students also launched a local social media campaign against the trains under the hashtag “nothing to see here.”

Introducing themselves as “living in the blast zone,” local residents applauded the work of students and encouraged the Select Board to act.

Students hope their work might provide a model for other communities across the nation.