A collaboration between Bennington College and the newly independent Village School of North Bennington has students as young as 5 years old speaking a foreign language. 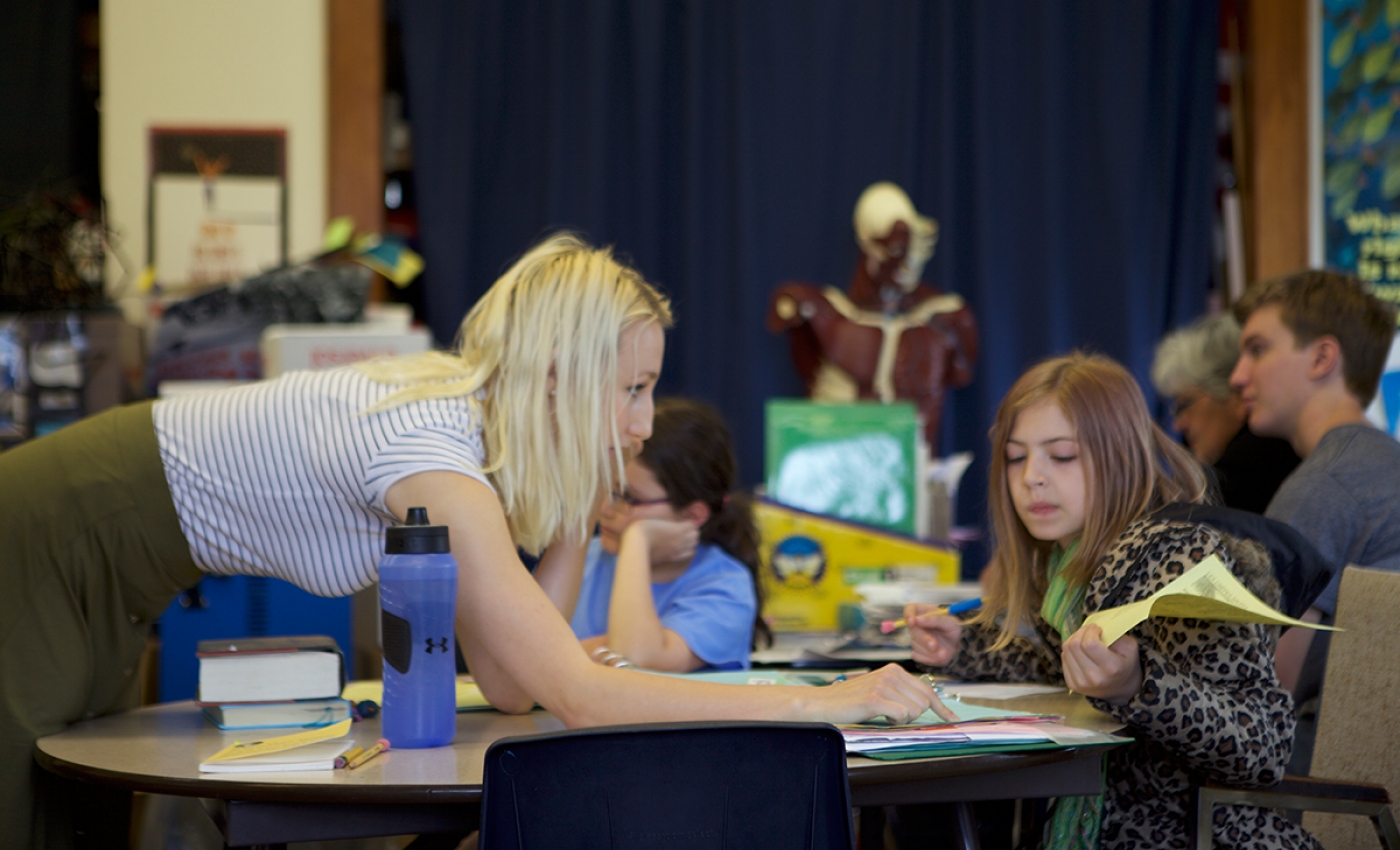 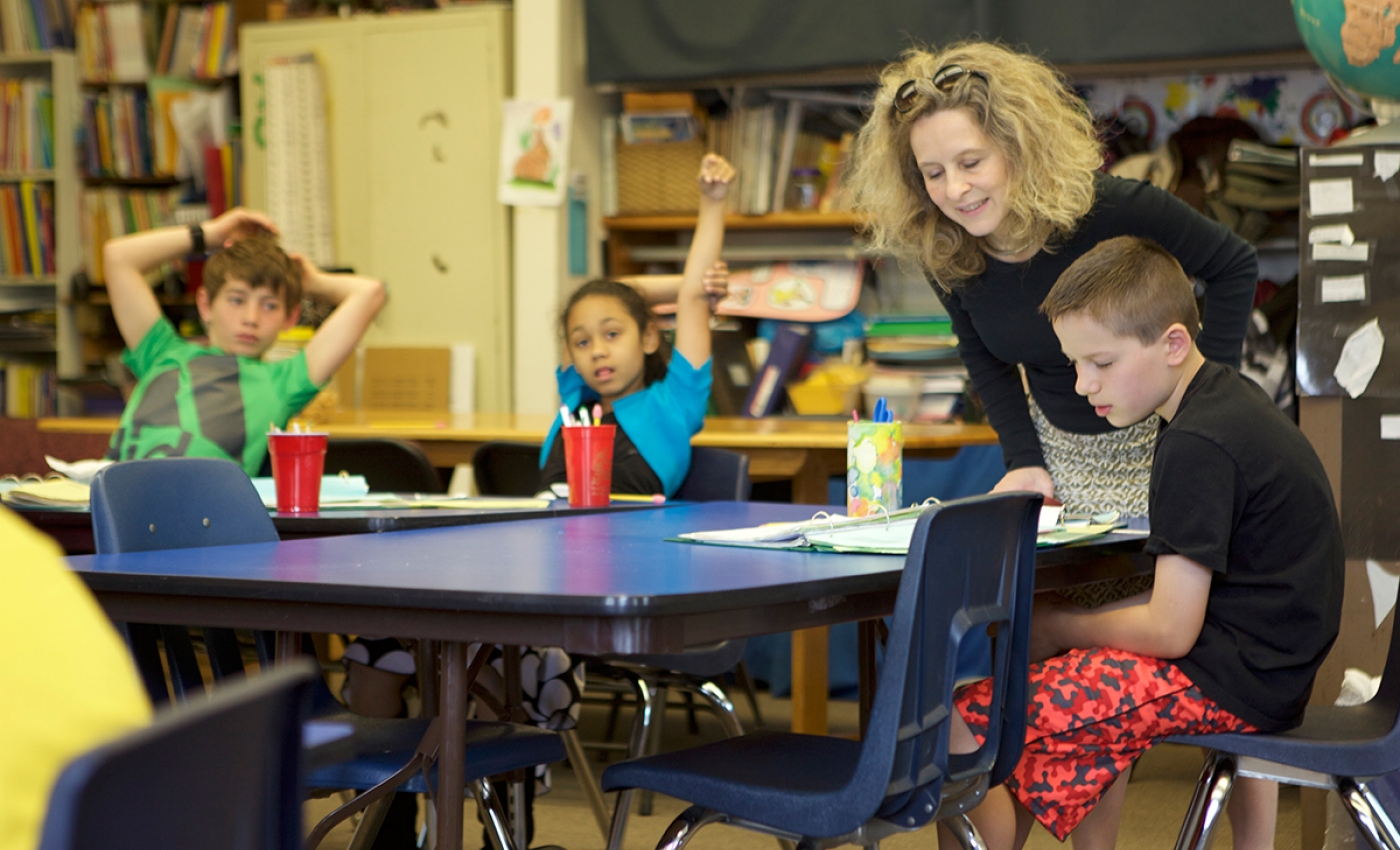 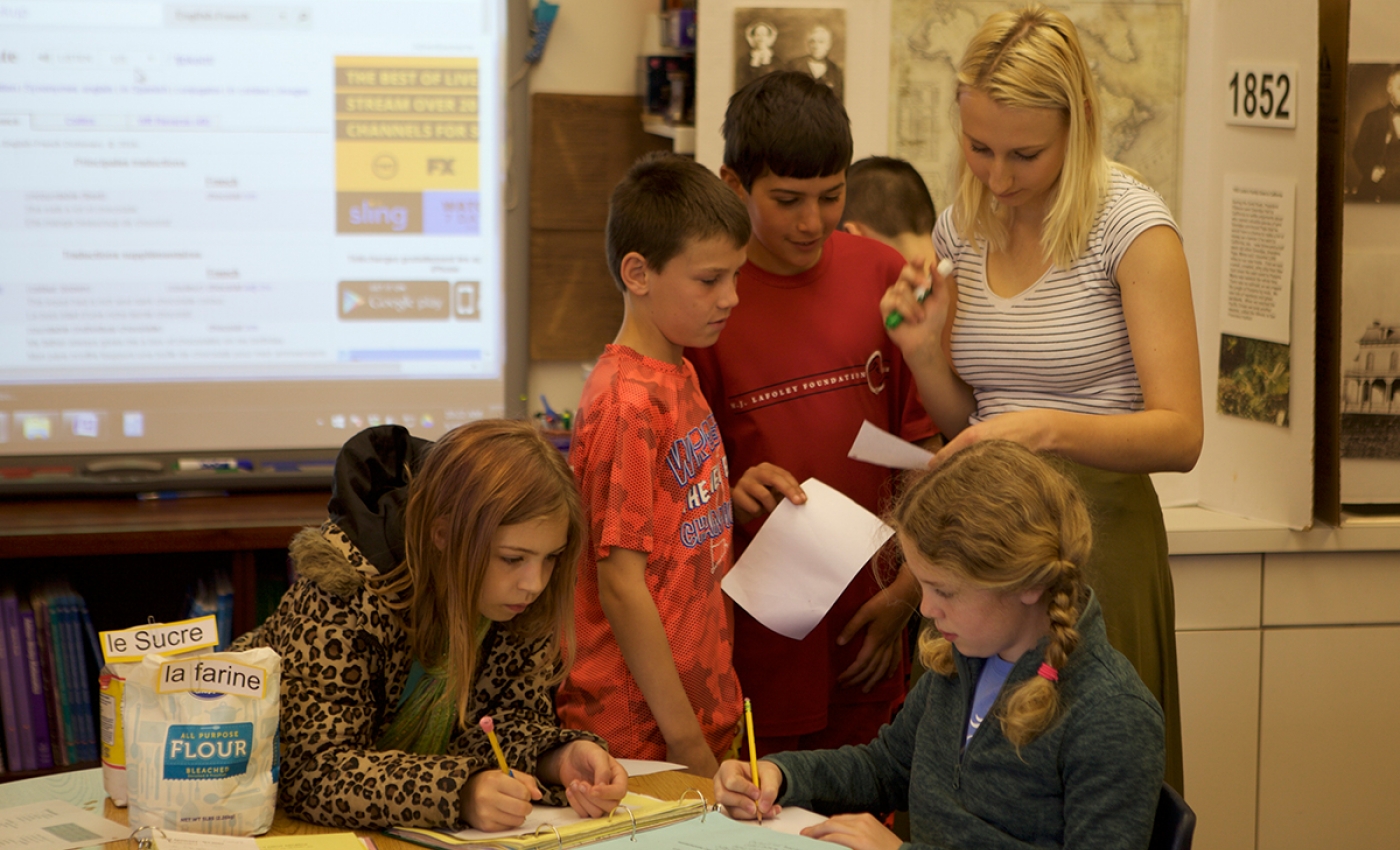 The new language classes are a result of Bennington College's required field study program—a seven-week period during which time students participate in an internship relating to their area of study—and a desire on the part of Principal Thomas Martin to implement a language program within the school: A desire Martin said he's had for about seven years.

"We had a couple of mothers who work at the college suggest back in the fall that we have some students come into the classrooms and I thought it was a great idea," Martin said.

So, since late October, a handful of Spanish and French majors looking to complete their field study requirements have been visiting the elementary school multiple days per week to engage kindergarten through sixth-graders in half-hour language lessons.

Thursday, Sutton could be seen teaching a lesson in verb conjugation to eager learners in Kathleen Backus' fourth-grade class.

"This is the first year that we're doing this (program) so it's really served as an introductory program for the students.

It's a great opportunity," Backus said, adding that her students seem to be learning from Sutton fairly quickly and with a great deal of enthusiasm.

"The kids come in and they're just so excited, always asking me if today is a Spanish day," she said. "Across all ability levels, it seems like everyone is just flying with this. I think having someone in front of the class other than me is exciting for the kids, too."

Sutton said that he began teaching the students "the basics" at the program's inception.

"We started with the alphabet, basic vocabulary, and pronunciation and now we're working on verbs," he said, adding that he hopes to transition into a more "immersive" environment within the next couple of weeks. For the time being, however, Sutton is working on building a "solid foundation."

In the future, Sutton plans to teach cultural exploration lessons on a variety of Latin American countries -- in Spanish, of course.

"I think that would make it contextually more interesting," he said.

Sutton explained that he never studied a foreign language himself until college, and regrets it.

"This is the age when kids can remember stuff the most, the easiest. If they start (learning a language) now and keep working on it through high school, they will be able to move on to advanced Spanish classes in college or get along in a Spanish-speaking country or Spanish-speaking environment with ease," he said.

"Getting the basics laid down now makes it all so much easier. With all languages in general, the earlier you start, the better it always is."

Backus noted that research has also found that students who learn a foreign language are more likely to be successful in other subject areas than students who do not.

"All in all, the program has been an excellent way to expose students not only to a different language but also to different cultures. The global awareness piece of it all has been fantastic," Martin said.

According to Martin, French classes for all grades will begin in January.

By Elizabeth A. Conkey, The Bennington Banner