Hultgren’s research explores how efforts to protect “the environment” are mediated by “social” forces – like sovereignty, nationalism, race, and capitalism. He is the author of Border Walls Gone Green: Nature and Anti-immigrant Politics in America (University of Minnesota Press, 2015), which explains and critiques the strange intersections that exist between the environmental movement and the immigration restriction movement. His current projects include an analysis of environmentalist alliance-building efforts with other social actors (such as labor unions and immigrants’ rights organizations) and a historical and theoretical exploration of the relationship between environmental politics and class formation. At Bennington, Hultgren teaches environmental politics and policy, as well as courses in political theory and immigration politics. He received his PhD in Political Science from Colorado State University (2012) and has previously taught at Colorado State and Northern Arizona University. Hultgren joined the Bennington faculty in Fall 2016. 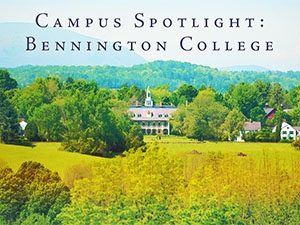