Mary Lum’s paintings, collages, and wall works, which have been praised by critics and exhibited widely, draw attention to the overlooked but subliminally powerful architecture of modern life.

Lum works in a wide range of media and has participated in many solo and group exhibitions at museums and galleries nationally and abroad, including The Aldrich Contemporary Art Museum, The Drawing Center, Tidens Krav (Oslo), MASS MoCA, deCordova Sculpture Park and Museum, Artist’s Space (New York), Museum für Gegenwartskunst (Basel), and Culturgest (Lisbon). Her work has appeared in Esopus, Harper’s, Elle Décor, and has been reviewed in Artforum, Art in America, ARTnews, The Village Voice, and The Boston Globe. She has received fellowships from the Guggenheim Foundation, the Radcliffe Institute for Advanced Study at Harvard, the National Endowment for the Arts, The New York Foundation for the Arts, and the Saltonstall Foundation, among others. Lum has completed studio residencies at the MacDowell Colony, the International Studio/Curatorial Program in New York, and at Oxford University in the United Kingdom. BFA, University of Michigan; MFA, Rochester Institute of Technology. She taught at Bennington from 2005-2022. 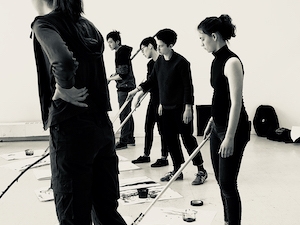 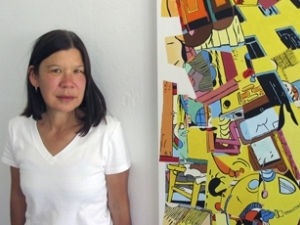