Pop-up courses at Bennington let faculty, experts, and students to dive deep into the issues as they happen by Jeanne Bonner MFA ‘16 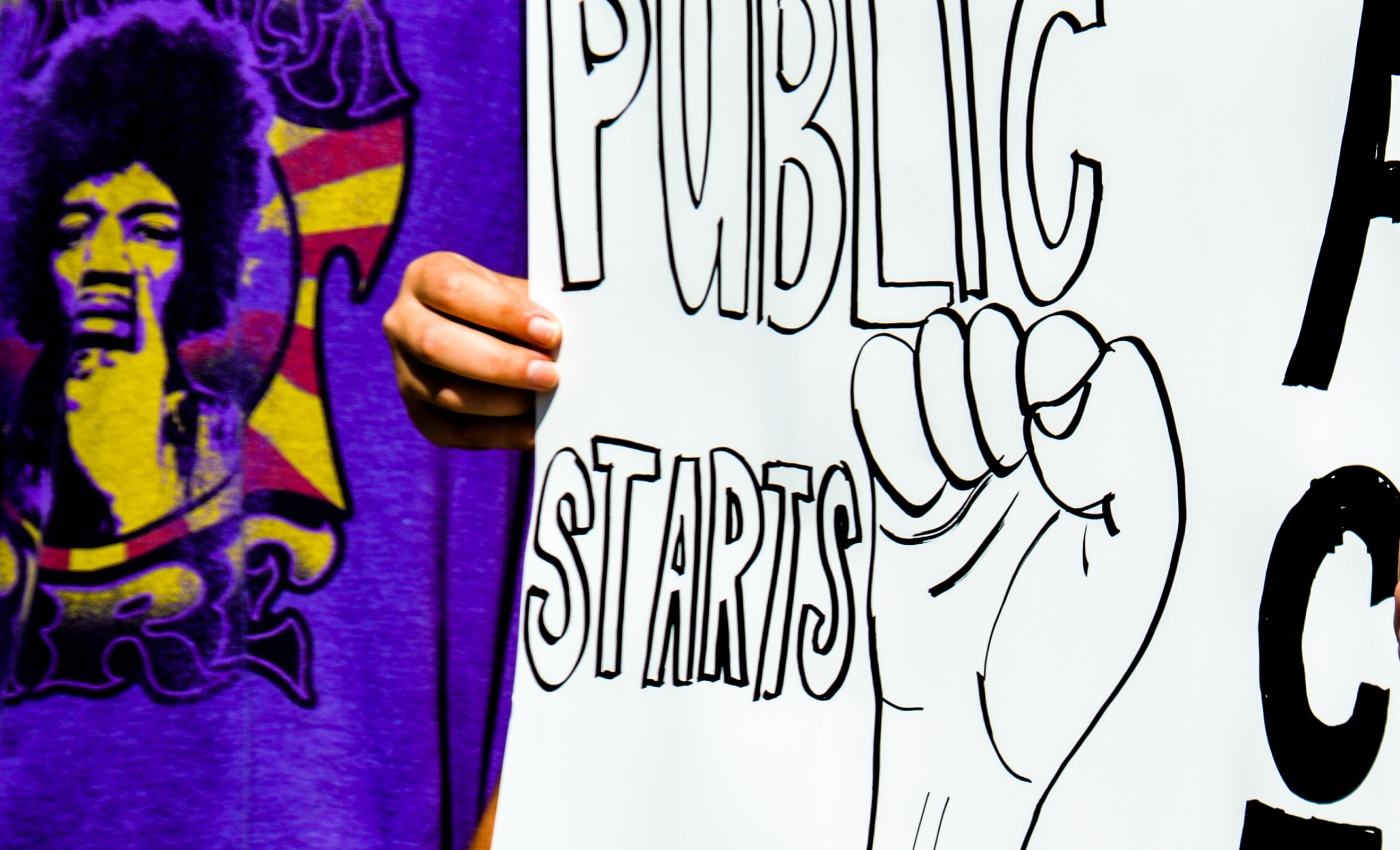 Teaching the Here And Now

ON SATURDAY, APRIL 25, 2015, a 7.8 magnitude earthquake erupted in Nepal, killing more than 7,000 people and destroying three-quarters of the buildings in the country’s capital city of Kathmandu. Word of the disaster spread quickly, and soon faculty member Noah Coburn was inundated with comments and questions from his students—those from Nepal and those students who had traveled to the country. They wanted to know what was happening and what the repercussions would be to Nepal and the region.

“The students were looking for an analytical framework to understand the devastation,” Coburn said. “And they also wanted to look at how the community both at Bennington and worldwide was responding.”

Almost exactly two weeks later, these same students were grappling with the implications of the earthquake as part of a course called “Nepal: Before and After the Earthquake.”

The class debuted in the first wave of a new curriculum initiative called pop-up courses. They are dynamic, three-week classes that respond to unfolding events or current cultural phenomena. The mini-courses represent a challenging new frontier in Bennington’s curriculum because the classes often focus on events that are still unfolding.

In addition to the primer on Nepal, the initial pop-up courses included “Measles and the (sometimes unnatural) History of Outbreaks” and a class on the Charlie Hebdo attacks in Paris called “Am I Charlie?” As one faculty member says, the courses are part of the current fascination with temporary laboratories for creativity such as pop-up shops.

“We came to think we needed the possibility of a more responsive curriculum structure,” said Isabel Roche, provost and dean of the College. “We plan year to year, term to term—other colleges plan much farther ahead. But there are still things that can’t be captured, even as much as we plan, so close to terms. So we asked, ‘How can we capture [responses] to what’s going in the world?’”

The answer is pop-up courses, which after last spring’s debut, continued in the fall with about a half-dozen courses, including one on last summer’s exodus of refugees into Europe called “The Refugee Crisis: Where Can I Go?” The course syllabus read more like a journalist’s notes for a groundbreaking story. There is a sense of investigation, of sifting through the wreckage, and trying to reconstruct what had happened—and imagining the way forward.

They give conversations happening around campus a home

Student input is fundamental for the development and success of the pop-up courses, and students are encouraged to approach faculty members with their ideas. In the case of the course on Nepal, Coburn said the students had almost equal say in shaping the nascent class. They had to.

“I said to the students, ‘I have some material to get started but I’m really interested in knowing what you’re looking to study,’” Coburn said in an interview from Nepal where he was on sabbatical last fall.

Nepal’s religious traditions were something the students wanted to explore so Coburn included readings on Buddhist rituals and practices and how they may or may not contextualize the events surrounding the earthquake. One of the books Coburn used, Invitations to Love: Literacy, Love Letters and Social Change in Nepal, examines the practice among young Nepalese of writing love letters. As a political anthropologist, Coburn also wanted the students to learn about the insurgency that’s been taking place in Nepal over the past decade and how it has slowed the movement of aid to people in need.

“We had the idea of the course being a work in progress,” he said. “It parallels how I do my academic work. It felt a little truer to the academic process than courses with more defined structures.”

The pop-up course on Nepal was one response to unfolding events, and a course on Gloria Steinem was another. Faculty member Karen Gover proposed a course on Steinem, shortly after it was announced that the pioneering feminist would give the commencement address. Gover said some of her students didn’t know much about Steinem or her work as an activist. So Gover began designing a course in which the students would read some of Steinem’s writings and listen to some of her speeches.

“When I first proposed it, I wasn’t sure what I would do but I thought since Bennington had come up with this new course structure—what you could call ‘immediate responses to current events’—it could work,” Gover said in an interview.

Then something unexpected happened. Steinem learned about the course and agreed to sit for an interview with Gover’s class as part of her graduation weekend visit to Bennington. And just like that, the course evolved into a prep lab for a one-of-a-kind interview with the iconic feminist.

“That made it really exciting,” said Gover. “It wasn’t an empty theoretical exercise—you know, ‘let’s read some articles she published.’ We had a goal and a high stakes mission, which was we had to learn enough about her to craft appropriate interview questions and then pose them to her live in public.”

The work of the course became formulating intelligent questions based on the Steinem readings and the rest of the syllabus—questions that were going toward a very finite end. The students, said Gover, had “a real product to work toward.”

Pop-up courses, clearly, don’t replace full-term courses, nor can they reasonably grow beyond a finite number (right now, 5–8 per term). And there’s something ephemeral and precious about their very essence. Gover said she believes the courses respond not only to actual events, but also to the evolving phenomena of how we live.

“You know, the pop-up restaurant and the pop-up boutique are things we’re seeing right now—so pop-up courses are tapping into something in the culture right now,” she said.

A way to respond to ‘something in the culture’ but also a way to mirror the very spirit of inquiry that’s at the heart of a Bennington education.

“They’re teaching a way to engage the world,” said Duncan Dobblemann, associate provost and dean of studies. “How do you analyze, research, and bring into your lives something that’s just happened?”

The course on the Charlie Hebdo attacks, for example, explored the role of religion in public life today and the dynamics of social exclusion.

And along with the existing seven-week module courses, the new courses offer an opportunity to fill in gaps in Bennington’s curriculum of full-term courses.

We plan year to year, term to term—other colleges plan much farther ahead. But there are still things that can’t be captured, even as much as we plan, so close to terms. So we asked, ‘How can we capture [responses] to what’s going in the world?

The courses also recognize that the students aren’t learning in a vacuum. They are learning against a backdrop of an ever-evolving world where earthquakes happen and French cartoonists are attacked. In other words, the courses respond to topics that have already snared the students’ attention.

“They give conversations happening around campus a home,” said Zeke Bernstein, Bennington’s dean of research, planning, and assessment. And the courses allow students to plumb the issues underlying those conversations by providing a rigorous academic framework with which to explore them.

Bernstein—who holds a PhD in genetics from Harvard Medical School—taught the pop-up course on measles, and he said his students learned about key scientific concepts behind immunology, microbiology and infectious diseases but within “the context of real-world events.” Students absorbed principles about how measles can spread and the critical role of vaccinations, and then pivoted to discussions about the ethical questions surrounding the rise of the anti-vaccination movement and the rights and responsibilities of citizens.

Bennington says it wants a student’s education here to reflect everything he or she learns. And that means some issues that would not normally appear in the curriculum since courses don’t normally deal with what’s happening now or what’s happening on campus.

In the end, the pop-up courses are as, Coburn, the anthropologist, puts it, a way for Bennington to answer a question that will never be exhausted: “How do we, as humans, make sense of the world?” And that’s as much Bennington’s mission as anything else.

Jeanne Bonner MFA ’16  is an Atlanta-based reporter covering the state legislature and other statewide issues for Georgia Public Broadcasting, including immigration and education.

A Sample of Bennington’s Pop-Up Courses