Helen Frankenthaler ’49 is of one of the most influential and defining artists of the last 50 years—and one of the pivotal figures in the College’s history. Her pioneering technique, along with her use of landscape to inform her abstract work, forever changed the way artists conceived and used color in their work.

Frankenthaler came to Bennington in 1946 and would later credit the College with being formative in her development as an artist and a person. Studying with Paul Feeley (“who taught me everything I know about Cubism”), Peter Drucker, Kenneth Burke, Erich Fromm, and Ralph Ellison, Frankenthaler regarded Bennington as “wild,” “brilliant,” and “inspiring.”

After graduating, Frankenthaler entered the New York art world, where she was influenced by artists such as Jackson Pollock, Willem de Kooning, Hans Hofmann, and Robert Motherwell (whom she married in 1958). Although Abstract Expressionism was the dominant movement of the day, Frankenthaler forged her own path in 1952 when she painted Mountains and Sea, considered the groundbreaking work from which her own creative voice—and a new movement—emerged. Unlike Pollock and others, who allowed pigment to rest atop canvases in a multidimensional way, Mountains and Sea was the result of turpentine-thinned paint brushed into the canvas’s very fibers. Frankenthaler’s method not only reinterpreted color but also heralded a unification between color and canvas, its beauty and complexity residing in how it barely distinguished the two.

After a visit to her studio, Morris Louis, who was himself struggling with Pollock’s legacy, said that Frankenthaler was “the bridge between Pollock and what was possible.”

Later named Color Field painting or Post-Painterly Abstraction, Frankenthaler’s methods took some time to gain wider attention. Her first major museum show took place in 1960 at The Jewish Museum. In 1969, she was given a major retrospective at the Whitney Museum of American Art. Since then she has been the subject of numerous solo exhibitions, including those at MoMA in New York and the National Gallery of Art in Washington, DC. She was awarded the National Medal of Arts in 2002. 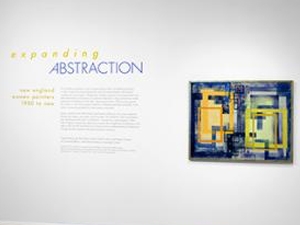 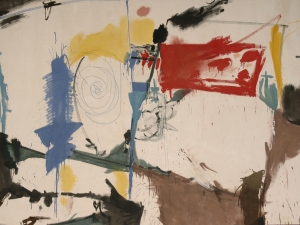 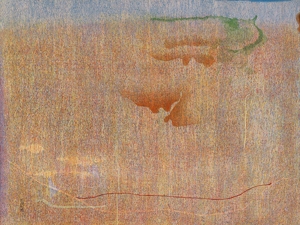 Frankenthaler ’49 at the Heart of Art Country