Jason Fridley ’97 is associate professor in the department of biology at Syracuse University whose work on plant ecology, geography, invasive species, climate change, and biodiversity has earned him major grants from the National Science Foundation and a Blavatnik Award for Young Scientists.

His research demonstrates the way that the evolutionary constraints on plants’ form and function determine how it will react to changes in their ecosystems—research that will have major implications for thinking about how our environment will respond to things like climate change in the coming years.

There is a strong interdisciplinary approach in Fridley’s work, which combines physiology, climatology, biogeography, and biogeochemistry. His use of geographical methods has led to key innovations in studying ecosystems, and he has pioneered a statistical approach for interpreting climate data.

His current work involves looking at how the ecosystems have assembled and guided plant evolution in the past in order to understand how these ecosystems will evolve in the future.  In his lab, Fridley and his team are studying how non-native invasive plants differ from the native plants they often displace, and whether such differences are the result of the contrasting evolutionary histories of the species involved. Their research findings would allow for predicting how ecosystems change in light of continued introductions of new species. 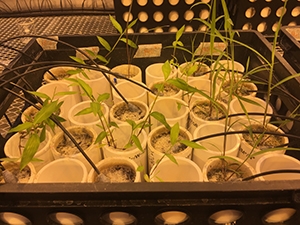 Read about his research at the New York Times October 9, 2014 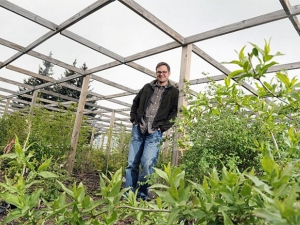